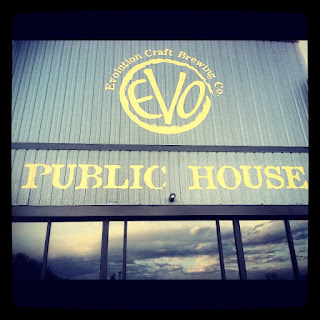 Now Available internationally, for the first time ever, Evolution Craft Brewing Company has partnered with Five Good Inc. to distribute in Tokyo, Japan and then to the broader markets of Japan.

“It’s always been a dream of ours to have our product distributed internationally. Our partnership with Five Good Inc. was a logical fit, as they are industry pioneers in the Japanese craft beer market bringing beer from the US East Coast to Japan.” - John Knorr, co-founder of Evolution Craft Brewing.

The import craft beer market in Japan has grown 26% in the last five years, as the demand for better beer has grown exponentially. Currently the majority of American exports in the Japanese market are from west coast breweries. Five Good Inc.’s choice to collaborate with Evolution came after sampling craft beers from all over the east coast. Evolution is one of the first four chosen breweries from Five Good Inc. to distribute in Japan.In the near future, Evolution anticipates expanding its domestic and international footprint and continuing concentrated growth in existing markets of Maryland, Delaware, Pennsylvania, New Jersey, West Virginia, Virginia and Washington, D.C.
at 7/12/2017 01:00:00 AM

Congratulations to the folks at EVO!!!

Bring your wallet when you order an Evo in Japan, 'cause it'll cost you about $20.

Japanese beer is awful so here's a little payback...LOL

Congrats to Evo for selling in as many markets as they can find.