The petition drive regarding the Salisbury City Attorney that was created by Laura Mitchell and Mayor Jim Ireton has failed. Today was the deadline to collect over 2,500 signatures needed for the petition and they knew they did not receive the required amount. However the Mayor called in 2 city employees to validate the information and WE paid them double time.
This is what happens when people like Barry Tilghman and Mike Dunn and The New Dirty Dozen try to get their hands back in the arena.
Here is the kicker- Jim Ireton called a press conference with the local MSM for yet another photo-op.
It is no wonder our Survey Question today has received so many hits.
at 11/20/2011 11:00:00 AM 57 comments: 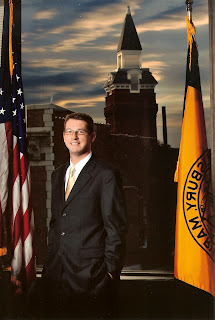 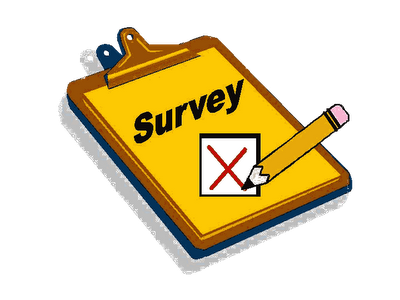 DO YOU STILL SUPPORT JIM IRETON AND WHY?

With all the discussion of empty promises, drama, photo ops, temper tantrums, back door politics, finger pointing, protests, is Mayor Jim Ireton really coming through with his campaign promises?

With his most recent meetings with former Mayor Barrie Tilghman, former Council President Mike Dunn and other former Council members, has anything really changed? Is the river any cleaner? Is the Waste Water Treatment Plant working? Is there any progress on the Old Mall? Should your Mayor be out trying to gain signatures for a referendum petition on your time/dime?

We'd like to know what you think about Jim's performance. As the owner of Salisbury News, I personally think Jim Ireton is a drama queen. I believe his participation in local picketing as your Mayor during working hours is a disgrace. I believe Mayor Ireton's job is to represent all of the people of Salisbury and not his one sided political views. He is not the President of the United States, he's the Mayor of a small City in desperate need of professionalism and change.

His personal attacks against women, especially (Council Members) is not only a disgrace, its despicable behavior and influences others to feel this is normal behavior. I believe, even as a teacher, Mayor Ireton should be setting examples and not teaching younger generations that bullying innocent women is the proper way of getting any job done.

Nevertheless, we'd like to know, do you support Jim Ireton. Has he delivered everything he said he'd deliver in his campaign platform. Do you believe he is the answer to the City of Salisbury's problems. Don't just answer yes or no. Tell us why you support him and or why you do not.
at 11/20/2011 10:59:00 AM 56 comments:

Floundering Republican presidential hopeful Herman Cain "seems to be self-destructing before our very eyes," says Molly Ball at The Atlantic. Apparently "not content to go out with a whimper," Cain has turned his campaign into "a spectacular series of blunders." The most damaging may be his recent inability to answer an open-ended question about President Obama's Libya policy, but that isn't Cain's only puzzling verbal flub. Here, a look at nine of Cain's not-so-greatest hits:
Go Here
at 11/20/2011 10:00:00 AM No comments:

Cairo, Egypt (CNN) -- Egyptian blogger Aliaa Magda Elmahdy has become a household name in the Middle East and sparked a global uproar after a friend posted a photo of her naked on Twitter.

The photo, which the 20-year-old former student first posted on herblog, shows her naked apart from a pair of thigh-high stockings and some red patent leather shoes.
More
at 11/20/2011 09:45:00 AM 7 comments:

Busy Night In The Bury....Including The Plaza

SPD responded to Liberty St. in Salisbury in refference to a large fight with shots fired. Upon their arrival they immediately requested all available units from MSP and WCSO to help disperse a crowd of approx 100 people who were fighting. A responding MSP trooper wrecked a patol car at the Rt. 13 overpass while responding but he wasn't injured. O.C. spray was deployed, a deputy sheriff was assaulted which lead to the suspect being quickly assisted to the ground and arrested. Many arrests were made.

As soon as the officers were clearing from that call, they were dispathced to the "Azul" club on the downtown plaza in reference to a fight. Upon arrival officers observed as many as 75 people fighting - many of whom were gang members. OC was again deployed and the crowd dispersed. I was apparent to the officers that the bouncers were overwhelmed by the size and behavior of the crowd. Again this required the response of SPD, WCSO, and MSP.

Also the SPD never got a call for the fight on the plaza. The duty officer actually saw it happen on the monitors inside the SPD communication center from the camera's on the Plaza. At that time officer's where sent.

CHESAPEAKE, Va. (AP) - A Portsmouth woman faces up to 50 years behind bars after admitting to beheading a piglet and leaving its head on the owner's front porch.

Twenty-two-year-old Ashley Fowler pleaded guilty in Chesapeake Circuit Court on Friday to two counts of killing or maiming livestock, and one count of breaking and entering.

BALTIMORE (AP) - Baltimore officials say about 1,000 gallons of corn syrup has leaked from a storage tank, sending hundreds of gallons of the sticky material into the Inner Harbor.

The leak was discovered Friday night at Westway Feed Products in South Baltimore. Fire officials initially reported the location as the Domino Sugar factory nearby.

Jusst Sooup Ministry in Lewes is in line for a major donation thanks to the efforts of two ABC “Extreme Makeover: Home Edition” crew members.

On the Nov. 17 edition of “Who Wants to be a Millionaire,” Paige Hemmis and Michael Moloney, who took part in the local build for the Dunning family, won $100,000 playing for the ministry.

Police and protesters have frequently gone toe-to-toe at Occupy camps across the country, however three recent videos that show protesters, including a veteran being roughed up and students being pepper sprayed, are causing many to question whether police have overstepped their bounds.
Go Here
at 11/20/2011 08:45:00 AM 19 comments:

(BALI, Indonesia) — After a nine-day trip through Asia in which he showed command on the world stage, President Barack Obama is headed back to debt-deadlocked Washington, where he'll confront fresh reminders of the limits of his power at home.

TRENTON, N.J. – A New Jersey couple who gave their three children Nazi-inspired names -- including "Adolf Hitler" -- said the state has taken custody of their newborn.

She and her husband Heath Campbell, of Holland Township, N.J., made news in 2008 when a supermarket refused to inscribe a birthday cake with the words "Happy Birthday Adolf Hitler."