We recently adopted a kitten from the Delmarva Cat Connection which we have been enormously happy with. Part of our fee for the adoption included neutering or spaying. This past Mon 6/22/20 our kitty was taken by the Connection to the Annapolis area for her spaying. We picked her back up about 8:30 PM that same evening. When we arrived home I removed her from the Pet Carrier and noticed one eye was closed. I just thought could be a cold, sinus infection or something. I did keep putting warm damp cloths on the eye to make it feel better . By Friday it seemed to be draining, and discharge more so I called our family vet we have had more than 10+ years but they were closing for about 2 wks. I called the place we went before we had changed due frankly because of cost and getting quicker than we did @ Johnson McKee. I gave the girl our info and she said they still had the records, but curtly she said you won’t be able to have your pet treated here. I asked why and she said our chart was “tagged” I asked her why she said she could not tell me I would need to speak to the office mgr so I asked for the office mgr and was told she was not there, I asked when she would return she said she did not know, so I asked to speak to one of the vets when one was available she said no they were too busy. I then a told her I would call back until I got to speak to this mgr. I did so and was told she was in but would not speak to me, I then told her that I had a right since they were a hospital and it was an ER situation that the mgr call me & left my number. I got home about 10 min later this female cld screaming (I presume the mgr) I did not catch the name she said it was their right to tag charts and I did not need to know why , they could tag any chart they wanted. I tried to explain I had gone their for many years when it was Dr. Rufus Johnson, and then John McKee and that I knew Mrs McKee personally through a group we were in and that I was sure she would advise I be told. The (mgr?) got more and more beligerant that it was their practice and they would do what they wanted. I told her I had a right to know since it was my chart to know why it was necessary to refuse treatment for a real emergency, and customers have rights too. She proceeded to holler louder and louder to the point you could hardly understand her rant. I told her that I could post it on facebook or a local web that people in emergency situations had rights. She then said she wasn’t sure why it was tagged but probably because I was rude! To then I said something I truly shouldn’t have. Please if there is anyone out there with reviews like mine please let this blog and myself know. I have worked in the medical profession myself for 47 years before retiring and I never treated anyone like this or had a staff member that was allowed to act like this. And we do have rights.
at 7/05/2020 10:30:00 AM 76 comments:

NASCAR has removed a rule that required drivers and pit crews to stand at attention during the National Anthem.

Bob Pockrass, of Fox Sports, was the first to report that the rule was not in a handout distributed for Atlanta. He also reports NASCAR does not plan to include the rule in any future handouts.

“DRIVERS & CREW CHIEFS, please advise all your Team members: Conduct during the playing of the National Anthem, taken from the US Flag Code. When the flag is displayed – all persons should face and stand at attention with their right hand over their heart – persons should remove their headdress with their right hand and hold it at the left shoulder, the hand being over the heart – when the flag is not displayed – all present should face toward the music and act in the same manner they would if the flag were displayed.”

Guess Who This Is. 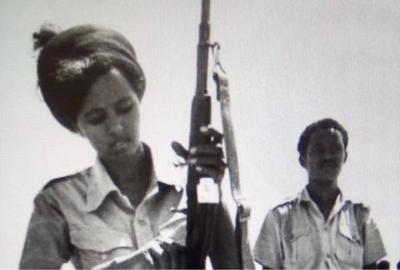 Couple who brandished guns at protesters are under investigation

The leading St. Louis city prosecutor is considering pressing charges against a Missouri lawyer couple after they were seen brandishing guns at protesters outside their $1.15million mansion.

Mark McCloskey, 63, and his wife Patricia McCloskey, 61, were seen in multiple videos and photos on Sunday evening touting an AR-15 rifle and a handgun as protesters marched.

The couple claimed they 'feared for our lives' after the protesters allegedly broke down the gate into their private community and threatened them. 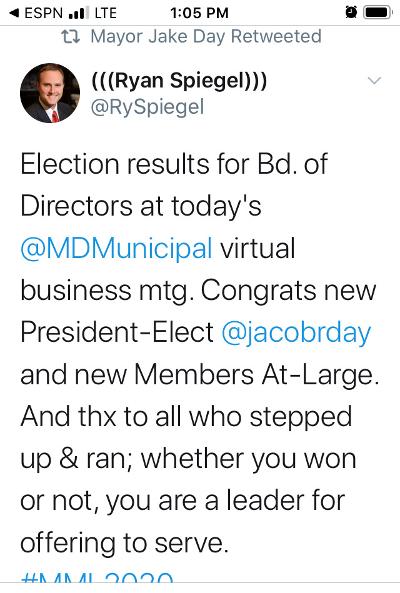 Jake Day was just elected President of the Maryland Municipal League's virtual Summer conference. Why would they do that knowing that Jake Day will be out of the country for nearly all of his term as MML President? And of course Jake has to retweet the outgoing President's tweet. Trying to pad he resume and name recognition for his run as Lt. Governor with Peter Franchot, I guess?
at 7/05/2020 10:30:00 AM 44 comments: 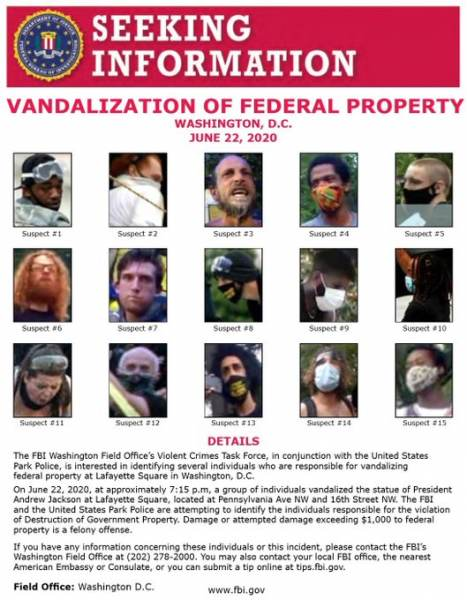 BALTIMORE, MD – Marilyn Mosby, the Baltimore State Attorney best known for prosecuting six officers she believed was at fault for the in-custody death of Freddie Gray, a mission in which she miserably failed, is turning heads once again.

Mosby has determined that certain offenses will no longer be prosecuted by her office, and as a result, tossed out almost six hundred criminal arrest warrants.

Criminal cases in which she now refuses to prosecute include drug possession, paraphernalia possession, prostitution, trespassing, minor traffic offenses, open container of alcohol, rogue and vagabond, and urinating/defecating in public.

A Viewer Writes: Jake Day admits he is a member of this radical hate group with his retweet saying he is "one of them!" 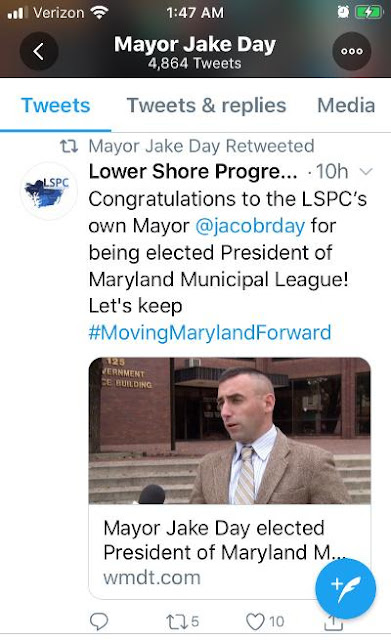 Think of the mental trauma of those soldiers and officers who liberated these camps, freeing POWs, Jews, Poles, Romani, "political enemies to the Reich", Polish citizens and others who were enemies of the National Socialst State of Nazi Germany. Will we again succumb to the government takeover of every facet of our lives? Leftists believe so. ignorant, self-serving puppets think so, ignorant puppet followers think so, believers in salvation through being social welfare pets think so.
at 7/05/2020 12:00:00 AM 6 comments: