Chesapeake Bay Bridge Jumper Is Back 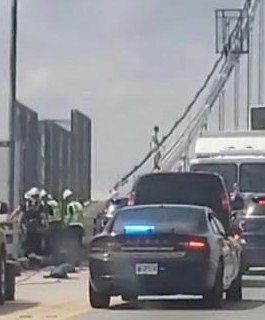 Today he is back planning to jump again.

Wicomico County Council Votes In Rene Desmarais As The Next County Executive, Idiots! 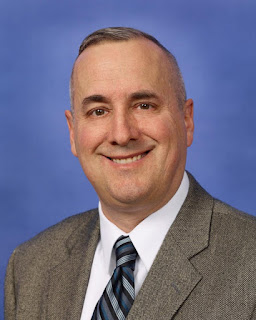 Here's a guy who has not committed to giving up his practice solely to become County Executive and yet they elected him instead of two other very qualified candidates.

A Viewer Writes: Wicomico board of education story

You should do a story on how the public school system is failing the working families.

The board of education put out the plan for fall 2020 that requires attendance and they are doing live instruction only - they are not recording their lesson plans so parents can do the lessons around their work schedule.

I have called the school my son goes to and was told to wait and see what the teacher says.

I called the board of Education and I was transferred two times to two different people and have not received a call back... my question is simple. What are families that work suppose to do?! They are setting us up for failure.

To add my son is 5 so he can’t do this alone. He’s in daycare while we work and his daycare is unsure how to make this work with their school aged raging from kindergarten to fifth grade.

*Councilman Joe Holloway had to regretfully remove his name today as a candidate for Wicomico County Executive. At his request, legal research was done to determine whether the Council could vote for Mr. Holloway as a sitting council member for this position. The County Attorney and Council Attorney researched this matter and, according to Maryland case law and an Attorney General’s opinion, it was determined that his fellow council members would not be able to vote for him to be County Executive. Councilman Holloway thanks everyone for their support in this matter and looks forward to working with a new County Executive.
at 8/23/2020 12:00:00 PM 44 comments:

In a release, the state said the toll-free “COVID Prevention Line” is a joint effort between Maryland’s Emergency Management Agency, Department of Health and State Police to respond to concerns residents may have about people not exercising proper social distancing or otherwise not taking necessary precautions in light of the pandemic.

The state wrote in its release the hotline is “to facilitate a statewide communication process for citizens to report concerns about potential situations where precautions are being ignored that will prompt follow-up by local health officials and, if necessary, law enforcement officials.”

The hotline — which can be reached by calling 1-833-979-2266 or by sending an email to prevent.covid@maryland.gov — is open 24 hours a day and callers can remain anonymous, the release reads.

Publishers Notes: Here's the problem. Anyone at any time can send in bogus complaints and that is EXACTLY what these nut cases are doing. As I had mentioned before, I had a couple come into by bar/restaurant complaining that "loud voices spread the virus". We immediately and very politely asked them to leave. I have had calls from the health department stating my one and only warning because someone called them and stated we weren't disinfecting tables. I actually told them, now you are pissing me off. You can complain about all kinds of things with this virus but one thing I know for sure is that my two anal retentive OCD Bartenders are in fact disinfecting every single time someone gets up, including outside tables. So the person that allegedly called the health department was full of crap, but they don't care.

Governor Hogan is the problem. He spent so much taxpayer money on test kits that aren't being used to the extent he wanted and he wants every single Marylander to get tested, that is his goal. Hogan wants you sick. Hogan wants to scare the crap out of people. Hogan does NOT want you to go to bars/restaurants, especially here on the Shore. Businesses are following the guidelines and no one is getting sick. Obviously that's not good enough.
at 8/23/2020 12:00:00 PM 41 comments:

I've been thinking about the BLM signs and pavement paint recently put in Salisbury. The mayor went headlong into not just allowing them, but celebrating the event.


In the end it will be an embarrassing story of how a city was hoodwinked by a small pocket of Liberals who, in turn, were hoodwinked by a slogan and a swath of politicians who saw a cheap way to make more promises not to keep and votes to collect.

This signage is objectionable on so many levels.

Why Is Gas So Inexpensive In Salisbury Versus Ocean City? 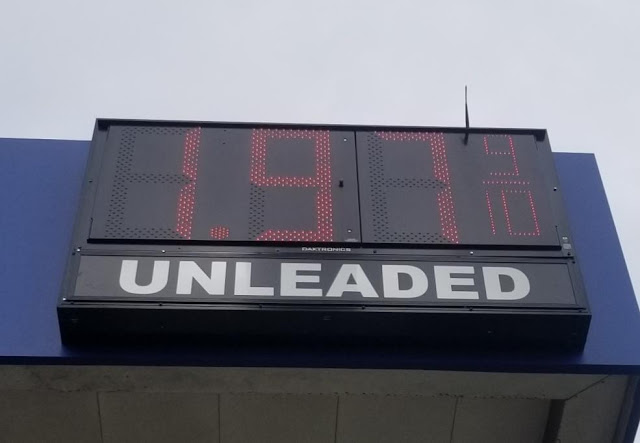 TOPEKA, Kan. (WIBW) - A Goodyear employee said the company has put out a new policy that has some calling it not equal for all.

A photo seen circulating on social media shows a slide that was presented during a diversity training showing what’s acceptable and what isn’t acceptable as part of Goodyear Tire and Rubber Co.‘s zero-tolerance policy.

According to the employee who took the photo of the slide, it was presented at the Topeka plant by an area manager and said the slide came from its corporate office in Akron, Ohio.

“If someone wants to wear a BLM shirt in here, then cool. I’m not going to get offended about it. But at the same time, if someone’s not going to be able to wear something that is politically based, even in the farthest stretch of the imagination, that’s discriminatory,” said an employee, under the agreement of anonymity due to fears they could lose their job. “If we’re talking about equality, then it needs to be equality. If not, it’s discrimination.”

“Goodyear is committed to fostering an inclusive and respectful workplace where all of our associates can do their best in a spirit of teamwork. As part of this commitment, we do allow our associates to express their support on racial injustice and other equity issues but ask that they refrain from workplace expressions, verbal or otherwise, in support of political campaigning for any candidate or political party as well as other similar forms of advocacy that fall outside the scope of equity issues.”

The fired former Director of the FBI is encouraging Americans to vote in the upcoming election. He looks scared and desperate to have Obama’s Vice President Joe Biden win so he can be spared from being indicted for his actions in the coup attempt of President Trump.