Mark Zuckerberg and his wife, Priscilla Chan, recently donated $250 million to the Center for Tech and Civic Life (CTCL), a progressive election organization that has already funded Democrat stronghold districts with millions in preparation for November’s elections.

In the announcement on their website, the CTCL stated that they will “regrant” the donation “to local election jurisdictions across the country to help ensure that they have the staffing, training, and equipment necessary” for a safe election process this November in light of COVID-19 concerns.

While CTCL’s intentions appear pure at first glance (they state at the end of their announcement that any local election office is invited to apply for a grant), a deeper look into their history and associations indicates that they have a very partisan agenda.

This is where I stand today.

I will not wear the mask anymore. It’s over, folks.

First of all, if you read the disclaimer on the box they came in, they all say specifically they do nothing to prevent the spread of covid-19 specifically along with any other disease, so why are we wearing them?

Well, the Governor has decreed an emergency that required this, which is perfectly legal, for 2 weeks in time of war. Well according to the Supreme Court in more than 10 cases since 1860, it has been decided that that’s okay for 2 weeks, but any extension must be approved by the Legislature then and every 30 days after to keep it in force.

I’m pretty sure this has not happened.

This cannot become law without a vote in the legislature with the Gov’s signature, which never happened, so any arrests, fines, punishment or anything else is totally illegal and will and void.

A virus was released from China and in a month and a half it had spread around the globe.

I contracted the disease. virus in mid January in the Delmarva Peninsula in Maryland and had a low grade fever for 1 day and none the next, but a test for the “seasonal” flu was negative’s my PCP agreed I had the wuhan virus, as they had no tests for it at the time.

With that said, this virus has been in the USA for 8 months and has been passed from one American citizen to another over a thousand or more times since then. Without being a doctor, but having a brother who is, well sort of, a veterinarian, and that makes me an expert in logic and you, too, every time that original virus infected an American person and had to fight their antibodies every time it got passed on to more Americans it had to morph to adapt and fight, but by now, the emergency rooms are empty, except for a broken arm and a drug OD but nothing more.

We now have herd immunity, the virus is nothing what it what it was before, it is minor against American antibodies.

If you still believe that a virus that spread itself around the world in a month and a half 8 months ago has not exposed itself to you with your silly non covid-19 resistant mask you picked out of your purse/ glove compartment that you’ve been using for the last 4 weeks will keep you “healthy”, Go “head!

The Week In Review 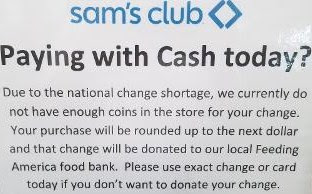 If you are a motorcycle enthusiast then you know Bike Week 2020 is still alive. Even though Bike Week and Bike Week Delmarva suspended the entertainment and vendors, bikers are still planing to come to Ocean City in large numbers.

There's a catch though and everyone needs to be aware of what to expect. There are NO SPECIAL EVENT LICENSES being disbursed to any bar/restaurant. This means, no open container licenses in which you could drink anywhere on the premises/parking lots.

Traditionally Trader Lee's and Caribbean Joe's were able to use such a license and quite frankly it makes absolutely no sense at all. Why would the County want to cram people INSIDE a building when this license would allow far better social distancing.

Fortunately for Caribbean Joe's we have three bars, two of them outdoors. When you look at other establishments they'll be confined to indoor use, MINUS 50% of their normal capacity.

So when the OC Bars/Restaurants follow the rules and IF the bikers come to town in the volume I believe they will, there's going to be long lines and frustrated patrons.
at 9/13/2020 12:00:00 PM 50 comments:

In the face of a pandemic that has hit Black Americans harder than almost any other group, while the nation continues to confront the toxic legacy of slavery and Jim Crow, two Georgia women have come together to build a community that will be a place free of oppression, “a tight-knit community for our people to just come and breathe.”

They are calling it Freedom, Georgia, and draw their inspiration from Wakanda, the fictional comic-book country that was the setting for the movie “Black Panther.”

Ashley Scott, a realtor from Stonecrest, Ga., who was driven to seek therapy by her reaction to the shooting death of Ahmaud Arbery, a young Black man jogging in a white neighborhood, said that after several sessions she realized that her problem was 400 years of racial oppression and trauma dating back to the establishment of slavery in North America.

With her friend Renee Walters, an entrepreneur and investor, she founded the Freedom Georgia Initiative, a group of 19 Black families who collectively purchased 96.71 acres of rural land in Toomsboro, a town of a few hundred people in central Georgia, with the intention of developing a self-contained Black community.

Every Wawa store is now offering free any size coffee (one per visit) to all teachers, faculty members and school administrators from September 8 through September 30.

This offer is extended to teachers, members of the faculty, school administrators and support personnel. These individuals can simply share with an associate at the register that they work for a school to receive their free coffee.
at 9/13/2020 12:00:00 PM 43 comments:

The mayor of Los Angeles told residents to unplug their appliances, shut off their air conditioners, and turn on a fan after 3 p.m.

And they call those of us in flyover country backwards…
All I know is that out here in the sticks, out here in hick country, out here in the hinterlands, my 3,200 square foot home (if you count my finished basement) is as comfortable, cool, and dry as a shopping mall. A 72 perfect degrees, and it has been at least five years since the power’s gone out, and even then it wasn’t longer than an hour.
Who’s the bumpkin now?
There is no better sign you live in a third world country than rationed electricity.
Honestly, if your government is too inept to deliver the basics, and other than water — something else California can’t deliver — there is nothing more basic than electricity, you live in a third world country.
Sorry, you just do.
Want to know what else only happens in third world countries? Being told to shut off or power down your electricity at a certain time each day only happens in third world countries — you know, like the third world country of California.
Why would any American choose to live like this? And in America, that truly is a choice.
You don’t have to live in some sweaty hellhole. Voting for lunatic Democrats is a choice. There’s no shortage of electrical power in this country, but there is in California, because stupid politicians elected by stupid voters put Gaia above curing human misery and refuse to build the necessary infrastructure to deliver the necessary power and water.
More
at 9/13/2020 12:00:00 PM 37 comments:

The Kansas City Chiefs have been called on to raise the African American flag as part of the franchise’s heightened sense of social justice awareness, which the league has committed to this season.

Pat Clarke, who is an activist in the Kansas City, Mo., area, wrote in a letter to the organization that the flag should be raised at Arrowhead Stadium along with the social justice messages in the end zones and the special decals that will be placed on players’ helmets, according to FOX4 KC.

“You look at the NBA, they have Black Lives Matter on the court. The coaches have it on their shirts. The players have it on their backs, but that flag flying above that says a lot right there,” Clarke said at a press conference last week.

Of the African American flag, Clarke said: “The red is for the blood, the black is for the people and the green is for the glory.”

A Colorado couple was robbed and killed by an 18-year-old after responding to an online advertisement for a used car, according to police.

As People reports, Joseph and Jossline Roland went to the Southlands Mall to buy a 2017 Toyota Rav4 they had seen on the Letgo app by a man named James Worthy.

Upon arrival, the married couple, who had five children together, met 18-year-old Kyree Brown at the mall, who told them he had accidentally brought the wrong vehicle title.

The RAV4 had been stolen a few days earlier, according to police. Brown allegedly convinced the couple to follow him to his apartment on East Cornell Circle near South Parker Road, where he demanded the thousands of dollars in cash they brought to purchase the car.

Joe Biden is in such a depleted mental state that his campaign is loading questions and answers on his TelePrompter during his interviews with liberal media reporters.

Bret Baier asked Biden Press Secretary TJ Ducklo to answer if it is true what everyone was seeing with their own eyes.
TJ Ducklo ducked and weaved but would not answer the question.