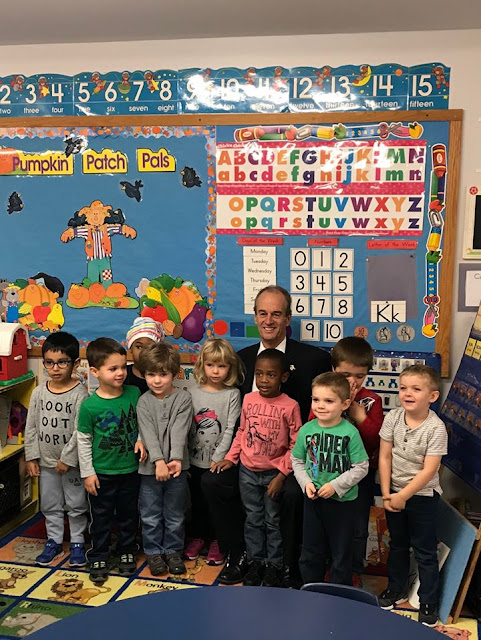 Bob Culver was a strong hands-on leader that loved Wicomico County and lived for his job as Wicomico County Executive. Arriving at work daily before 7:00 am, he was indeed a public servant. Bob was more than a leader/manager; he was a visionary, a friend, a mentor, and an inspiration. His energy, spunk, and sometimes a rebellious nature that made working for him the utmost fulfilling and rewarding experience. He was honest, you knew where he stood, and what he was thinking. Bob had confidence, honor, and respect for all his employees and department leaders. He built an incredible team that successfully kept the County functioning seamlessly through the ups and downs over the last six years as County Executive.
Although his accomplishments were not always on the front lines of social media, he thrived on the day-to-day contact with his staff and the citizens of Wicomico County. At the minimum, his participation included: grabbing a shovel at field 7.5; throwing the first pitch at Shore Birds Stadium; enjoying an oyster fritter sandwich and ice cream at the local carnivals; escorting the Governor through the Wicomico County Fair; socializing at fireman’s dinners; taking questions at town hall meetings; serving spaghetti at the VFW, and; personally plowing the streets after heavy snow. He was always involved.
Over his Executive term, some of his significant accomplishments include, but are not limited to, the following:
Education:
• Bennett Middle/Senior
• Delmar Elementary renovations
• Beaver Run Elementary renovation/replacement
• Glen Avenue Elementary renovations
• West Salisbury Elementary
• Pinehurst Elementary roof replacement
• Mardela Middle/High School track and field
• Wicomico stadium lighting
• Wicomico High School and Parkside High School
auditorium retrofit
• Wor-Wic Economic Impact Scholarship
Government/Community:
• Strong Financial Stability
• The ongoing Airport expansion
• Court House restoration and clock tower; 150-year
anniversary
• Expansion USSSA Eastern Nationals
• Henry S. Parker athletic complex expansion and
renovation
• Alcohol sales at the Civic Center
• Civic Center Renovations
• Government Office Building Renovations
• Tax Sale every two years, opposed to annually
• Repeal of impact fees
• Support for the MAC Center
• Restore funding for Meals on Wheels
• Commitment to recycling
• Development and revitalization of Pirates Warf
• Amphitheater installation at Pemberton Park
• Commitment to eradication of OPOID addiction
• Growth in the Kids’ Club afterschool programs
• Distributed coats at tent city
• Connelly Mill excavation, as he envisioned a future park
and camping ground for the community
• Fraternal Order of Police negotiations - five-year
agreement with an ongoing commitment to support
• Dedication to the build of a new Sheriff’s Office
• Devotion to Wicomico County’s fleet management and
replacement
• Full support for the local fire department and increase in
funding
The list above is only a summary and does not even begin to touch his commitment to this community and level of service he performed. While he will be missed, each one of us has one fond memory of Bob. And as we look around the County at his accomplishments, we can smile at the legacy for us and the future residents of Wicomico County.
Sir, may you rest in peace. I will cherish every exciting moment and everything you taught me. My thoughts are always with you and your family (Courtney and Chris).
at 8/09/2020 12:40:00 PM 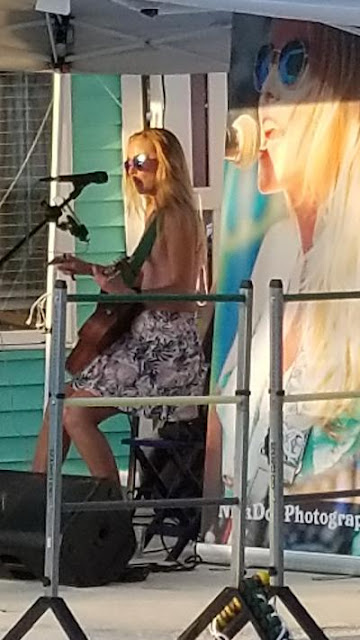 There is no question, this woman is one of the greatest artists I've ever seen locally. If you truly want to be entertained go to Sunset Grill today and watch her perform.  BUT WAIT, it gets even better. Karri will return next Saturday at Caribbean Joe's from 4 to 8 PM and you better get there early because you just might not be able to get in and I'm serious. We were already near capacity yesterday and let me assure you, ALL of them will be back.
at 8/09/2020 12:32:00 PM No comments:

“With a chance Hurricane Isaias could have an impact on mainland Maryland and the Eastern Shore, the state is preparing.

While it's too early to tell exactly how the hurricane will affect Maryland, the Maryland Emergency Management Agency has activated its pre-landfall planning team, this as the state deals with the coronavirus.

Emergency officials said we're in a whole new territory when it comes to staying safe not only from the storm, but the virus as well.

‘We absolutely expect at a minimum, minimum to have winds along the Eastern Shore as well as rip currents among potential other hazards,’ said Chas Eby, deputy director of MEMA.

Eby said the pre-landfall planning team works with local governments to determine what they might need.

‘It does have an effect on how we plan for our operations such as potential sheltering or a evacuations as well as just preparedness that people can take it home,’ Eby said.

As of 2 p.m. Friday, Isaias remained a Category 1 hurricane passing over the Bahamasz. ...

Oprah Hosts White Guilt Session: ‘Whiteness Gives You an Advantage No Matter What’

Billionaire media mogul Oprah Winfrey declared in an episode of her eponymous series, The Oprah Conversation that “whiteness” and “white privilege” afford unspecified benefits to white people in the “caste system” of America.

In an episode entitled “Uncomfortable Conversations with a Black Man: Part 1” — featuring former NFL linebacker Emmanuel Acho and drawing its name from Acho’s YouTube series of the same name — Oprah Winfrey invited several white people to discuss “racism,” “white privilege,” and “whiteness.” Oprah praised her white guests for accusing themselves of being “racist.”

Three people were shot and one person was killed at a Beverly Hills mansion on Monday, after hundreds turned out for a party in honor of a thus far unidentified NFL player.

The Los Angeles Police Department responded to calls about the massive party at around 7:30 PM on Monday. But the party continued, and four hours later, shots rang out.

A partygoer’s social media post noted that up to 20 shots were fired in two distinct groupings causing people to scurry in all directions, CBS Los Angeles reported.

“A bunch of gangsters came in and robbed everybody and started shooting everybody. A lot of people with money and guns and gangsters got crazy I ran for my life it was crazy,” gabrieldaactor323 wrote along with a video.

WASHINGTON, DC: Rep. Andy Harris, M.D. (MD-01) sent a letter to Centers for Disease Control and Prevention (CDC) Director Robert Redfield, M.D., requesting an Office of the Inspector General (OIG) review of the recent decision making by the Montgomery County Health Department. Recently, Dr. Travis Gayles twice attempted to unilaterally close all schools in Montgomery County, including private and parochial schools, despite the county’s steady reduction in COVID-19 positivity (2.54% as of August 5th) and hospitalizations. Dr. Gayles’ actions have drawn rebuke from Governor Hogan, who has moved to rescind the Health Department’s authority to close schools through executive action. A copy of the letter is attached.

Congressman Harris made the following statement:

“As a member of the House Appropriations Committee, and specifically the subcommittee that funds all federal health efforts, I have grave concerns that the actions taken by Dr. Gayles may be political in nature and not be in the best interests of Maryland’s children. Millions of federal tax dollars have been sent to Maryland, which are being subsequently distributed to local agencies such as the Montgomery County Health Department. Given the steady decline in COVID-19 case positivity and health system stress in Montgomery County, I feel these repeated actions to effectively subvert a school’s authority to open while following CDC guidelines are merely an attempt to further a campaign against private primary and secondary education, especially in parochial schools. As such, the CDC or appropriate authority within the Department of Health and Human Services Office of Inspector General should investigate whether these actions are an abuse of authority and misuse of federal tax dollars.”
at 8/09/2020 12:00:00 AM 2 comments: