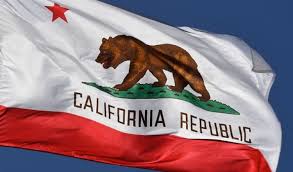 The California Attorney General has sided with activists who want to allow Californians to secede from the United States by giving the OK for a petition drive to get the question placed on the ballot.

California Attorney General Xavier Becerra is allowing representatives of the CalExit movement to pass their petitions.

If the CalExit activists can get the 585,000 signatures required, the measure will be placed on an upcoming ballot for state residents to vote on whether they want to quit the U.S.A. and become their own nation… or whatever they are trying to do this time.

Sounds like Mr. Bacerra has been approached by one of the cartels and promised a hefty reward

This is a great ideal from my view point. They receive approx. a third of a trillion dollars annually from the Federal Gov't! It would benefit the remaining states greatly. Well played buttheads>

Let them. They are on the verge of being bankrupt. It will not be long before they are completely broke and Californian families will be leaving by tens of thousands. Many of them already started moving to tax friendly, freedom loving state of Texas. Those left behind will be drug cartel gangbangers, welfare queens and liberal socialists.

Let them go! The political landscape of the rest of the country will change and the true Americans will be thankful forever.

Make sure they take their debt, politicians, and whack-jobs with them!

Think about the impact on national elections. It would permanently shift the USA to Republicans. Vote for CalExit! Our nation depends on it!

Good, and build a wall around it, too!!!

Fantastic idea!! I'm all for it....see ya California....don't let the door hit you in the butt.

Does this mean no more Maxine Waters and Nancy Pelosi for starters?

Crossing my fingers for calexit..

A bunch of southern states tried that one time, it didn't work out too good.

What a wonderful thought....deport all the snowflakes, actors, The View crew, entertainers all to the Republic of California and then build a wall to keep them there and cut all government funding from the United States!!! DAMN that would be beautiful.....

No more Nancy Pelosi, Jerry Brown, Garcetti, Feinstein, Kamula, Waxie Maxie. A whole lot of Democrats would simply go away. No more representation in DC, no more federal funding, no more state tax grants to movie companies, no more bitching about Trump from Liberals because they'd have their own little president. Nothing. It would be like Cali was no longer there anymore. Sounds better the more I think about it.

Good, now if we can get rid of the Liberal idiots living on the east coast, America will be Great again !