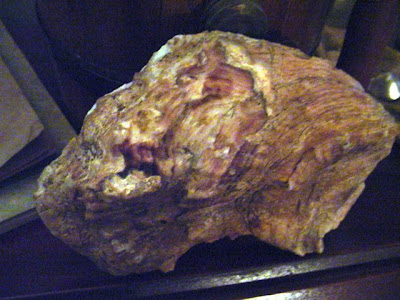 The history of the Oyster Wars goes back to 1785. In that year, Virginia held ownership to the entrance of the Chesapeake Bay and exacted a heavy toll from Marylanders seeking access to the sea. In contrast, Maryland owned the entire Potomac River and retaliated by forbidding residents of Virginia from fishing there. It just happened that the Potomac River was one of the finest oyster-breeding grounds in the world. Its rocky bottom made it an ideal place for oysters to grow. It was only natural for the Virginians to lust after the large and plentiful oysters that grew in waters lapping at their shoreline. An agreement was reached between the two states. This was known as the Compact of 1785. Under this treaty Virginia residents would be allowed to fish in the Potomac but would be subject to Maryland rules and regulations.

This began the famous Oyster Wars that had oystermen breaking every law on the books. There was widespread poaching. Oystering at night led to shots being fired at both the boats and their occupants. The less harmful shooting occurred when an oyster boat was shot and sunk. Personal attacks were the more serious of the offenses and continued unabated for nearly 200 years.

This was not limited to the oystermen in combat with each other. Maryland had what was known as the Oyster Navy; it began about 1870. They waged pitched battles with any boat catching oysters illegally. Most of the boats of the Oyster Navy were loaned to the U.S. Government during World War II. When they resumed after the War, it was named the Tidewater Fisheries Commission. New officers that had returned from combat duty in the War brought new energy and new courage to the pursuit of oyster law violators.

This uneasy accord continued in force (with certain modifications from time to time) until December 5, 1962 when President John F. Kennedy signed the Potomac Fisheries Bill. This mandated that the governing of the river was to be in the hands of a bi-state commission. Only then did the oyster wars more or less end.
at 11/12/2016 09:00:00 AM

george,
when I was working on the water , 1980 , it was the same, everyone was fighting over oyster ground etc..
I came to the conclusion that most watermen were crooked etc.. I still think that a lot of that goes on today. Price fixing was everywhere. Wayne

Oysters rock is my favorite food.

I actually know a man from Crisfield who was shot while poaching oysters in Virginia. I think it happened in the 70's. He lived.. buckshot in the ass kind of injuries.

Thank you George for your unbiased comments and information. It is reassuring to read this knowledge that happened with our fore fathers and know that it is indeed a fact. I am, as always impressed with your knowledge of the past and enjoy your articles that Joe adds to his enjoyable sbynews that we so much enjoy. Thank you Sam Smullen, Hebron.