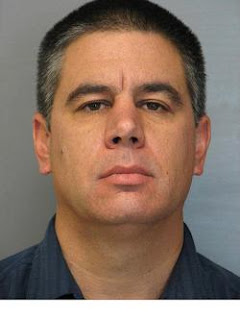 Location: Harry O. Eisenberg Elementary School, 27 Landers Lane, New Castle, DE
Date of Occurrence: Sunday, March 1, 2009 through Wednesday, August 31, 2011
Defendant and Charges:
-Jacob J. Getty, Jr., 43, Wilmington, DE
-Theft over $1500.00 (4 counts)
-Theft under $1500 (2 counts)
-Arraigned at JP Court 11 and released on $12,000.00 unsecured bail.
Resume:
New Castle, DE- The Delaware State Police have arrested the principal of a New Castle elementary school after it was learned that he had stolen thousands of dollars from school fund raising events as well as the school’s PTA.
The investigation began on October 3, 2011 after state police were contacted by the administrative offices of the Colonial School District who reported that it was suspected that the principal of the Harry O. Eisenberg Elementary School, Jacob J. Getty, Jr., had misappropriated funds from several book fairs held at the school beginning in 2009. The investigation also revealed that Getty had written numerous checks to himself from the school Parent Teacher Association (PTA) account for his personal use.
During the investigation it was learned that beginning in April of 2009, Jacob Getty, who had control of the Eisenberg Elementary PTA check book, had written 11 pre-signed checks totaling over $4000.00 to himself. Getty then used the money stolen from the PTA not only for himself, but to pay for a bill owed to a fund raising company from a book fair that had been held at the school in the spring of 2009. Getty had kept the money raised from the book fair and then paid the bill with the stolen PTA funds after being confronted about it in the fall of 2009. It was then learned that Jacob Getty has also kept the money raised during a fund raising event held at the school in September of 2010 and two others in May of 2011. In total Jacob Getty stole over $18,000.00 from both the school PTA and the fund raisers held at the school.
The Delaware State Police obtained warrants on Jacob Getty for the above list of crimes. He was arrested on Sunday, October 23, after turning himself in at Troop 6. Getty was then arraigned at JP Court 11 and released on $12,000.00 unsecured bail.
Please direct any inquiries in reference to Jacob Getty’s employment status to the Colonial School District administrative offices.
at 10/24/2011 11:15:00 AM

Wow what poor example he has set for the students, Shame on Him!!!!

Looks like he took lessons from that Hitch fellow in Laurel School District.