Trump: United Nations just a club for people to 'have a good time' 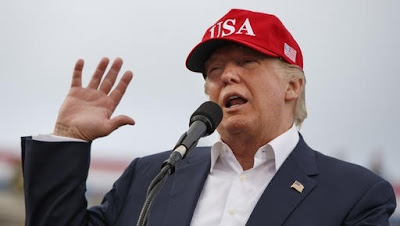 President-elect criticizes global organization, tweets it has "such great potential"

Days after the United Nations voted to condemn Israeli settlements in the West Bank and east Jerusalem, Donald Trump questioned its effectiveness Monday, saying it's just a club for people to "have a good time."

The president-elect wrote on Twitter that the U.N. has "such great potential," but it has become "just a club for people to get together, talk and have a good time. So sad!"

On Friday, Trump warned, "As to the U.N., things will be different after Jan. 20th," referring to the day he takes office.

The decision by the Obama administration to abstain from Friday's U.N. vote brushed aside Trump's demands that the U.S. exercise its veto and provided a climax to years of icy relations with Israel's leadership.

This is the type of thing a high level Freemason might say to distract the public from looking at the truth.

Not only is it world government, but it is infected with terrorist nations

I agree and have been stating for years what DR. Krauthammer stated this week.