Do You Get It Yet? 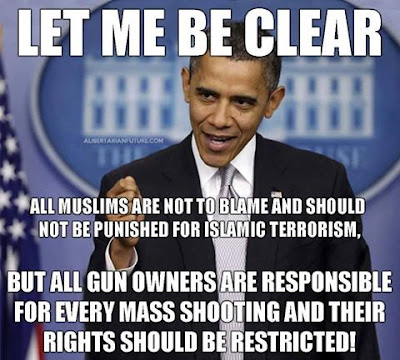 This
is based on Alinsky’s eight steps from democracy to socialist
society.  Obama quotes him often in his book and Hillary did her
thesis on Alinsky.

JUST ONE ELECTION DECIDES OUR FATE...

There
are 8 levels of control that must be obtained before you are able to
create a socialist/communist State.  The first is the most
important

1.
Healthcare: "Control Healthcare and you control the People"  DONE!!!
2
Poverty:  Increase the Poverty level as high as possible."
Poor People are easier to control and will not fight back if the
government is providing everything for them to live. DONE!!!
3.
Debt: Increase the National Debt to an unsustainable level."
That way you are able to increase Taxes, and this will produce more
Poverty.
DONE!!!
4.
Gun Control:  Remove the ability to defend themselves from the
Government.  That way you are able to create a Police State -
total local control.
ALMOST THERE!!!
5.
Welfare:  Take control of every aspect of their lives (Food,
Livestock, Housing, and Income).
DONE!!!
6.
Education:  Take control of what People read & listen to;
take control of what Children learn in School.  ALMOST THERE!!!
7.
Religion: Remove
faith in God from the Government and
Schools.
ALMOST THERE!!!
8.
Class Warfare:  Divide the People into the Wealthy against the
Poor.  Racially divide. This will cause more discontent and it
will be easier to Tax the Wealthy with full support of the voting
Poor.
DONE!!!
at 8/15/2016 06:00:00 AM

Way too many people with their heads in the sand to understand this. The goal was to accomplish this over years to go unnoticed , well done you SOBs.

It is not Barry. He is just the current puppet.
We need to identify WHO is responsible for the implementation of this Socialist Agenda.

I have been trying for years to get people to read Rules for Radicals. I do not think any of them have. Very frustrating!