Do You Believe Obama's Iran Nuclear Deal Is Good? 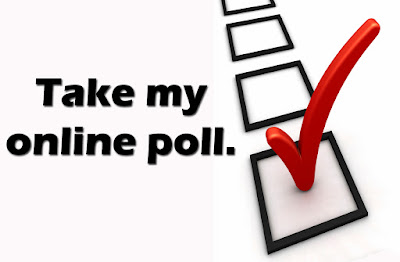 No. Because Obama is a liar and has made side deals.

Where can I read it?

No, I don't mean where can I look to see somebody's take on it, or a few bullet points about it, or somebody's interpretation of it.

No, I mean where can I go to read it for myself word for word?

Then I will be able to answer your question.

NO To many unknowns

No Iran will lie and so will Obama

If obummer supports anything, it's a bad deal for our country.

hell no. It can be cancelled by either party with 30 days notice. This is just like obamacare. No one has even read the thing.

Of course it isn't. Ever negotiated with someone without a backbone? Kerry+Obama=Limp-wristed fools.

Obama is an admitted muslim , who hates this country.
He is trying everything to ruin this nation.
He is personal ties with all muslim countries with terrorist .

NO and Hell no, the same reason "you'll be able to keep your Dr."

Yes. Because for once it appears American leadership has decided Israel will not dictate its policies.

If it were good, O'Bama could have NEVER thought of it.
Bob Aswell

No, it is a terrible deal. Obama is doing everything he can to ruin this country. He is the devil.

If you want to see the destruction of America as many liberals do then yes its a great plan.

NO, because Kerry made deals for his son-in-law, and if Osama says it is good, then you know it is bad for America!

No, because the traitor Sec'y of State was collaborating with the Iranians.....

The Sec'y of State's son-in-law is an Iranian so certainly he is going to deal with them. Good idea, NO. Anything dealing with Iran is never good for the USA and if Obama says it's good, you know it's not.

Agreed. Respect national sovereignty if you expect it in return. Israel has a military, let them fight if they are going to fight and let them be judged on the world stage, alone, on if they made the right call.

The Saudis are so much worse than the Iranians but we kiss their @$$ for oil. Cuba had a ship blown up in its harbor and the bay of pigs, they are a "sponsor of terror". Most of the 9/11 hijackers were Saudi, they are bombing indiscriminately in Yemen right now, no terror sponsor label. Israel committed a war crime against US gunning, bombing and torpedoing the USS Liberty in unmarked jets in an attempt to get us into the 6 day war, they use white phosphorus as a weapon (war crime), robs Native lands and shoots children for throwing stones. No label. North Korea, we turned a fight against communism into a bloodbath in Korea, cancer deaths and deformed children to this day from agent Orange, a broken society formed by our bad policy, we will keep the label forever.
It's all just hype and BS and you work 4 months out of the year for NOTHING but to pay for it.