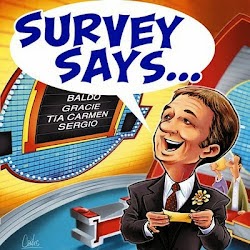 Take A Wild Guess how many homes WBOC had to go to in order to find County residents to act as if they are really concerned about Salisbury providing Fire/EMS services?

The way we see it, they could have been providing a multitude of people truly concerned now for WEEKS but that's not been the case because it's fabricated.

Let me tail off this article the way WBOC should have tailed off theirs.

County Executive Bob Culver has assured ALL County residents, Fire and EMS services WILL be provided no matter what happens.
at 5/05/2015 06:16:00 PM

And tell me why they ended with someone saying Newtown is a good place to start a bed and breakfasts. Thats funny

Considering they aired it at 6 I'd say it was a whole lot of people. Why didn't they interview the people who said they trust Mr. Culver and they aren't worried.

Since the City is in the County, just as all other cities and towns are, put the FD in the hands of the County. That way, all calls would have consistent billing, fire/ems stations would have territories just based on call volume, and everyone in the entire county would be served equally.

True, Salisbury-based units would probably have to use their fire engines for lunch runs and ambulance chasing at the same frequency that all the other county fire stations do (0%), and I know that would be such a hardship having to use their own private vehicles like Parsonsburg and Hebron do, but I think they could adjust.

I love my Pburg FD! Salisbury can keep the drama and McStations and it's tiddly-winks with our May-her.

Steve said
your opening comment just proves the incompetency Of SFD. There is no way if SFD was run efficient that you would need any more personnel. They have several personnel riding around the City not the County all the time. This shows poor personnel management.
This also shows how Salisbury has screwed up the Fire / EMS in Wicomico County.
Go back to the way it was before BT, See and Gordy screwed it up.
I encourage for Bob to initiate his proposal ASAP before a crisis occurs. The Clown of Salisbury needs to be put in his place now.