Why Not Right Here On The Shore? 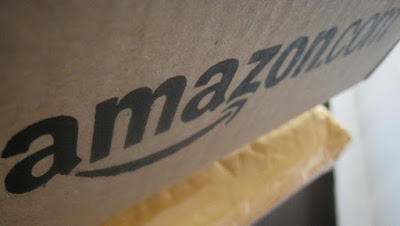 SEATTLE —
Amazon has opened the search for a second headquarters, promising to spend more than $5 billion on the site.

The online giant, based in Seattle, says that the new site would come with up to 50,000 jobs.

The announcement Thursday will set off a scramble among cities vying to make the short list.

The company estimates that investments in Seattle between 2010 and 2016 added $38 billion to the city's economy.

For more information on how cities and states can submit their proposal to host the next Amazon headquarters, check out thecompany's website by clicking here.
at 9/08/2017 09:15:00 AM

Access to civilization is too far of a reach. That is why not.

on the shore? you are smoking some good stuff today

Uncle Bobby will never take his "hat in hand" and approach Amazon about being "open for business" as the billboard implies.

You think wamart is bad.. taking over..Amazon is essentially eliminating the small seller and soon will have a total monopoly on goods

If you look at their population and college & technical requirements, the Eastern shore doesn't even come close to qualifying.

Actually, really not a bad idea!

This is outside the box thinking without City meddling. Put it outside the City so the boy toy, et al cannot muck it up. State involvement (I know UGH), but it comes with JOBS, increase land values - things EVERYONE continues to b*tch about!!! Shore has so much potential but the few naysayers spoil that potential.

Challenge could be DE with no state tax and as I mentioned, the MD state folks can screw it up too!!! Amazon has put out the offer to see what freebies (tax concessions) they can receive.

This idea should be welcomed for the LONG term.

10:51 AM - demographics alone disqualify this area.

So let me educate you on Amazon distribution centers. I suggest you try google. There is one near Allentown PA. They have an ambulance sitting in the parking lot in the summer time. Why? Because their warehouses are so employee unfriendly that people pass out or get sick from heat exhaustion and have to be carted off the the ER.

Not a lie. Educate yourself. This would not be a blessing.
Low wages, and awful working conditions. Walmart on steroids.

PS - your whole sales tax analogy is flawed. Doesn't matter where it is shipped from matters where it is delivered and if they have a physical location in that state. AND because internet sales tax per state is coming.

Amazon is awesome. Too bad Walmart, Boscovs and all them other stores don't have as great customer service as Amazon,

This is not for a distribution center, it is for a Headquarters.... which means the vast majority of employees need to be college educated with a measurable skill. Also, Amazon is looking for an area with the demographics of Raleigh NC, Baltimore, or Atlanta.... Salisbury doesn't even come close.

Didn't see a question about sales tax...writer mentioned no state income tax in DE which could be a tax break for a business - not to mention those employed. However, if its slum lords, poor wages and unhappy employees........well that could be welcomed here on the shore.

12:37 PM you are too stupid to be commenting. yea, 50K minimum wages job a win? Look at Ghettobury and tell me what a win it is. we are already there.

On the shore? Seriously? There aren't any people here smart enough to read, and they don't show up for work most of the time.

Negativity will never get us out of the hole we are in today.

We have unseasoned civic leaders, who constantly bicker with their constituents, let alone LEOs and 1st responders and hate when Joe tells the truth.

We have folks screaming there are no jobs/businesses, crime is the controlling constant and SU is run by someone not liked.

Joe offers a story about a huge business and remarks why not here and it gets slammed left and right - prob by the same folks who say Da'bury is dead, its the ghetto, the college sucks, there's no jobs, section 8 housing, etc.etc,etc.

We'd be damn lucky....lottery like lucky to have a major American business like AMAZON select the eastern shore as a residence.

It would beat not having ANYTHING, which is our situation today!!

City of Salisbury, Wicomico County, have you submitted anything yet? Didnt think so. We need jobs here - do something.

Maryland is not a business friendly state. Why would they come here since Maryland never met a tax it didn't like!

Because the Eastern Shore is the toilet of Maryland! Only crappy people live here in Slumsbury.