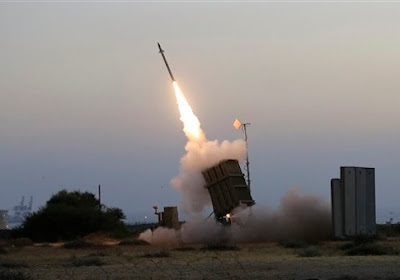 The Obama administration is refusing to fully fund Israel’s security and defense, informing Congress in a letter on Tuesday it opposes efforts to provide the Jewish state with nearly $500 million for its top missile defense programs.

Congressional supporters of Israel expressed outrage at the administration’s move, telling the Washington Free Beacon that Israel needs this funding to help it combat terrorist forces and perfect missile system technology that it jointly shares with the United States.

The administration told lawmakers that it “opposes the addition of $455 million” in additional funding for Israeli missile defense projects in the fiscal year 2017 budget, which is working its way through Congress, according to a letter from the White House.

Israel requested $601 million in U.S. funding for missile defense programs that are jointly shared with the United States and help defend both countries. However, the Obama administration said it would only provide the Jewish state with $146 million.

The administration rejects ongoing efforts by lawmakers to fill the funding gap and provide Israel with full funding for these programs.

The administration’s stance has angered both Democratic and Republican supporters of the Jewish state, who maintain these programs are key to the defense and security of both Israel and America.

The government must help the world reign in the nation of Isra-Hell.
It is a terrorist and criminal organization and the most racist government on the planet.

They will use the weapons to kill more Palestinian people.
Thugs

Obama is a muslim , does anyone think he would help arm the jews

Go figure he is with them. So are the illuminati and mason lodges. Otherwise he would held on treason charges. Its the agenda..."Allah, the God of our Fathers!" Now, it is important to remember that the Islamic god, Allah, is in no way connected to the true God of the Bible. Allah is a pagan, Arabic deity. Allah is a false god. Allah is not the God of Judaism and Christianity; and Allah's prophet, Mohammed, was a false prophet who has led millions of people astray!