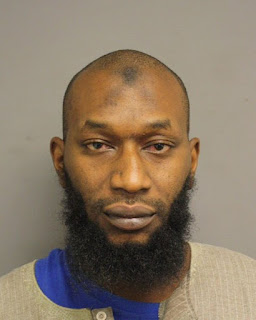 A Houston mosque was torched on Christmas Day.

On Tuesday a devout Muslim attendee was charged with setting the blaze.

A Houston man has been arrested in connection with a suspected arson at a mosque on Christmas Day.

A spokeswoman for the federal Bureau of Alcohol, Tobacco, Firearms and Explosives confirmed that the man was arrested early Wednesday, sometime after midnight, and appeared in court 7 a.m. Wednesday.

Another culture that has some interesting issues , issues of hate , racial and bigotry . These people , if you want to call them people , hate themselves , I just don't know why. They want to die , they want to destroy everything around them. Oh , by the way , he's an ugly dude.

Just another Obama voter in the slammer.

They have learn a lot from the BLM group!

We need to understand that they WANT a war with us. They have decided it is time to destroy the great satan America. Those of you liberal hillary voting idiots need to understand the destruction you are helping. We will have a war, and you cannot imagine the amount of America loving patriots that will mobilize to destroy all that want to destroy us. It will be ugly, and then it will be beautiful again.

Muslims have learned quick to create racism so your rights will trump others.

Fake religion, fake prophet, fake people! !! The only thing real about them is their stupidity and the idiots who defend them.

This toad attended the mosque, FIVE times a day, SEVEN days a week, for FIVE years!

Obvious question unanswered: didn't he work for a living, or is he receiving some kind of welfare?

he can still vote for mrs bill from the slammer, that's how it works now, and he can vote as many times as he wants. and yes he is one ugly dude, perfect democrat