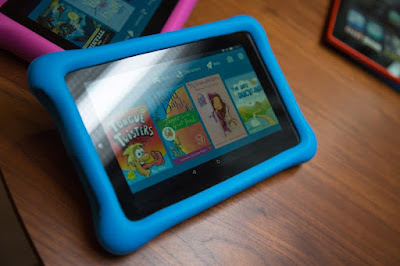 And it comes in a six-pack

Amazon tablets are going the way of the e-reader.

One of the new tablets from the e-commerce giant is a 7-inch tablet — simply called the Fire tablet — that costs $50. That's right: for a cool Ulysses, a new Amazon Fire tablet can be yours.

In fact, Amazon is so convinced of this inexpensive Fire tablet's role as a utility that it's offering it in a six-pack. Buy five, and you'll get the sixth tablet free. Who's the cool dude rolling up to the party with a six-pack of tablets, or the person playing Santa Claus at the next holiday gathering? You with the $50 tablet, that's who.

In all seriousness, it’s not entirely clear why Amazon thinks a six pack of tablets is a good idea — though it might make sense for the education market.

This is not a top-of-the-line tablet. It's not one of the new Fire HD tablets, and it's definitely not the Kindle Fire HDX. The 7-inch Kindle Fire has a 1024 x 600 resolution display (although, with IPS), a 1.3Ghz quad-core processor, 8 gigabytes of internal storage, one gigabyte of RAM, and your basic front- and rear-facing cameras. It runs on the latest version of Fire OS and claims seven hours of battery life with average use.

But Amazon does claim this little tablet is more durable than iPad Air, and has two times more processing power than Samsung's competing Tab 3 Lite.