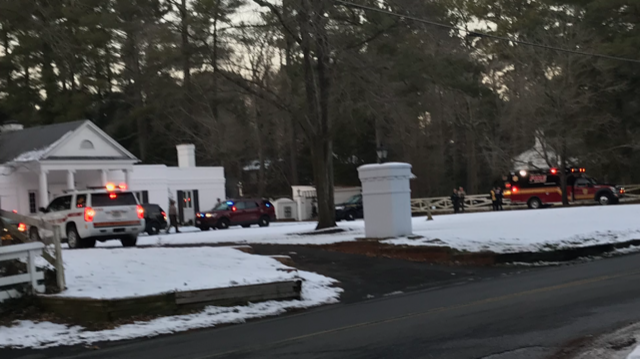 Maybe they found Jake Day’s wrecked truck and going to get it!!

Saw it too. What was that all about?

Only an assumption, but all those cops and one ambulance sounds like an OD case.

But we all know what assuming gets you.

What is the story with the Mayor and his driving incident?

Drugs. How else could you afford to live in Tony Tank.

wonder what ambulance was for. hope all are ok.

1257. Please tell us more! This is the second hint I've seen on this site in the last couple of days about the mayor possibly being dui, but haven't heard any details

Everyone is fine. No need to worry

You are too much.
You know full well what is going on but you are hoarding the truth.
Come on.
Tell us.
You know you want to . . .

DUI's ain't secret. This won't be hard to find out. They end in handcuffs and a night in jail. I'm a veteran officer with 22 years on the job and I've made more than my fair share of arrests for just that. If it's true, we need to check out MD Judiciary Case Search. Anyone can do that. It would already be there. If it's not, then much as I'd like to see a liberal go down in flames, I think we're gonna be left wishing on this one.

@231 who said anything about Tony Tank?
idiot 😸

You wouldn't hear anything. Now move along and don't ask questions. It has all been taken care of.

2:31, if you think living in Tony Tank is prestigious, you are crazy. I wouldn’t live in that dump if somebody GAVE me a house. Years ago, it was decent. Now, not so much.

I call BS. Everyone is fine because it’s a rich neighborhood? No. Something was up in TT!

Who cares? Don't you have anything better to do?

I’m sure u live in beverly hills. Doubt anyone is giving you a house anywhere besides ECI

Everything is fine as far as you’re concerned because it’s not your business. People are so nosey! Get a life!

What you've failed to consider is the possibility that he was not arrested or charged because of his and his daddy's positions in the community.

Why are you so nosey! Get a life!

IDK where you get such an assumption, but this house is not even in Tony Tank, nor would your statement be valid if it were.

Somebody please provide the DWI record on Jake Day we have the right to see it. When our former States Attorney Ruark was pulled over more than once we could see that, and read about his DUI's and the time he had a loaded gun in the car when he was not working. So Produce the information to Salisbury Tax Payers, we have the right everybody else is charged and documented and goes on their record it should be no different for this media nut case. He likes selfies after all so show this one snaggle tooth.

I enjoy reading comment on this blog, one thing I have read over the years is how stupid so many people are here! You say things with no facts, no knowledge of the problem and then comment! When the police are called it’s because of drugs, really? There are child abuse, spouses abuse, robbery, Brake in, and yes some times drugs! I love hearing comments, but have some facts first.

That is that Spanish style home.

Why is this any of your business?

Then why the ambulance?