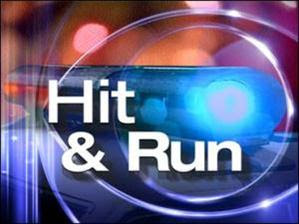 HOWEVER, only in Salisbury Maryland can you hit a human being, kill them and take off and they call it a "Hit & Run".

NO! It's called MURDER or (involuntary?) MANSLAUGHTER.

If it was not the drivers fault and the victim died as a result of them not rendering aid the charges could go further but not murder.

welcome to the soviet socialist republic of md !

murder , 2nd degree or manslaughter the jury will decide

There will be multiple charges. Hit & Run is not a formal charge. Once all the charges are assembled and when a suspect is identified, will charges be assigned.

technical term is leaving the scene of an accident

To Joe or whom ever had their property hit... Can you shed a bit more light on this subject in regards to what was actually hit... Was it a mail box, or a structure or a car? If so then I would call it a hit-n-run... If it was a ditch or grass or dirt that got messed up, then no that is not a hit-n-run...

I think it's called "Living in da Bury".

OK genius,when the investigating officer or officers ask you where the perp is,what will your genius response be?At what point will you break down and tell them that the perp did not hang around? Regardless of how strange or peculiar you are,or even if death was a result,it's a hit and run.If they did not stay & own up to it they left.

It's the eastern shore where having a physical altercation with an officer is known as scrapping with a cop according to some reports.

Mt point is, what will the SPD OFFICIALLY call it? How convenient to call it a hit and run out of the gate but once they do find someone at fault will they change it to manslaughter or murder. My guess is, NO.

As for the Powellville hit and run, they hit a vehicle and the home.

It's both, but a hit and run shows that they need our help investigating who might be responsible. It's obviously still murder (however it's classified) but hit and run brings out attention to it.

Well in Worcester County if you hit and kill someone, and you have a medical condition you know about, it's only negligent driving and a fine...

Absolutely right Joe , we don't punish people anymore , our judicial system is nothing more than a joke , why charge them with anything . Citizens will provide the only needed justice very soon. The judges and lawyers will be hiding from all.

Oh My God!
People are so ignorant Joe! Sorry you have to tolerate them here

Both are hit and run but the one causing death should be charged with manslaughter. They should have stopped.

They wont even punish the pos doing death threats to pres trump out in the open WHY ?

MANSLAUGHTER the Plantiffs family should DEMAND IT.

The problem Joe is that the court system is still Full of obama Lib snowflake DAs and judges Trump needs to get RID OF THEM .

That road is dark with little side road to walk on. Someone might not of seen her or thought they bumped a deer.Not trying to defend the person, but there are many people I know who have bumped a deer and just kept on driving. Not everyone involved in hit and run are purposefully running away from it to hide. But then again there are a lot of crackheads driving around strung out.Also a lot of elderly drivers who can't see or reason well driving around, a lot of young inexperienced drivers who don't pay attention, we will see how this pans out.

The driver most likely was DWI and would rather go and sober up to avoid one less charge.

Call it whatever you want but the term is used Not only in Salisbury.

I say it is "hit and run" until investigation proves otherwise and driver is caught and charged.

Hit-and-run is the act of causing (or contributing to) a traffic crash (such as colliding with a person or a fixture), without stopping afterwards. It is considered a crime in most jurisdictions. https://en.wikipedia.org/wiki/Hit_and_run

GREENBELT, Md. -POSTED:MAR 17 2017 09:07AM EDT A pedestrian has been struck and killed along a roadway in Greenbelt in what police say appears to be a hit-and-run.

It's not uncommon for people to mock that which they don't understand. Hit and Run accidents are classified three different ways: property danger, personal injury, and fatal. There is also the possibility that the victim could have been suicidal and actually jumped into the path of the on coming vehicle. The driver of the vehicle still has the responsibility of stopping to fulfill their responsibilities while the accident is investigated, but whether you like it or not it's a fatal hit and run accident. There's also the possibility that the driver knew the victim and intentionally ran them over which would make it a murder but all of that has to be investigated.
The bottom line: settle down, let the experts do what they do and hopefully the suspect driver can be identified and charged appropriately.