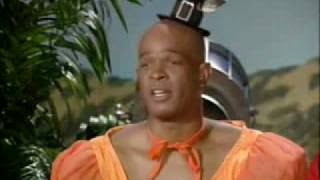 It has already been stated that the City Council will NOT support putting a gun to the County Executive's head and demand anything.

The City Council believes that a situation like this MUST be brought to a negotiation table FIRST. The proposed actions the Mayor wants to place on the County MUST be approved by the City Council and it is my understanding Ireton does NOT have that support from the Council.

The Mayor is trying to pit the City residents against the County residents. BOTH sides understand that these neighbors, (City & County) provide different services to each other and yes, there are some services in which one or the other is not reimbursed.

So if you actually believe the flamboyant mayor and his little hissy fits, well, then I guess you are going to start hating the County residents now. Is that what you people really want, some drama queen for a mayor pitting you like the north against the south? If so, well, then you people are so stupid it isn't funny.

The Mayor never sat down with Culver to formally discuss this matter. The County is NOT in a financial position to simply bow to Ireton's demands, hence the press release below this article.

It is my belief that Jim Ireton just lost ANY chance he may have had to run for re election, it's over.  This is no way to run any kind of business and Ireton needs to go ASAP.

If you though the Culver terminations were bad when he got into Office, wait until Jake Day gets elected and ALL of Jimmy's buddies will be out looking for a job immediately. Hey, not to worry, Obama will take care of all of you.

This whole thing reminds me of the Ireton Lock Out Ordinance. Remember that? Back when we were running against each other for Mayor Ireton told the business community, "if you can't police your own businesses, we'll do it for you and if we can't police it then we'll shut you down"! Hmmmm, let's see. How many businesses have been shut down Ladies & Gentlemen. That's right, not one. Just look at the police calls for service, nothing has changed at all. It's all about the LOOK AT ME MOMENT for Jim Ireton.
at 4/15/2015 11:58:00 PM

Ireton is a total A-hole

Let us not forget SU President Janet Dudley-Esbach has Jake Day in her back pocket....it seems like anything she wants, he twists himself in a knot to give it to her...i.e...the waste that is the trolley car they bought to transport "the public" to and from the plaza....

I'm not sure flamboyant is the best descriptive. He's more like a petulant child who thinks his theatrics are cute.

You said: "wait until Jake Day gets elected and ALL of Jimmy's buddies will be out looking for a job immediately."

Does that include T. Stevenson, and will Fake give his buddy Beauchamp a job in public works?

Mayor Ireton you sir are an a$$!! Don't threaten us. What the heck is that? You can ask for more money but don't you dare threaten the outside county residents of your so called beloved Salisbury. As far as you are concerned it is the outside residents who fund the freaking city anyway. We are the ones who come to town and spend our good hard earned money to businesses. We don't have to because believe me the City of Salisbury has turned into a real sh!t hole. Fights, robbery, shoplifters, lots of drugs, murder that is not called murder, etc. So don't DEMAND we won't provide services because believe me we will happily BOYCOTT the City of Salisbury as far as shopping, going out to restaurants, and coming to your City to do business. We have many, many other locations besides the City of Salisbury to do business.

Im glad im not the only one that thought he was WAY over the top tonight. Bob Culver is a class act and the way he handles Liarton's temper tantrums is commendable. How many lawsuits would Liarton like to have if his 'City' just stops helping the County on July 1st??? What a joke...

They have forgotten the difference between right and wrong. Sad , they don't even care.

I don't care for the line..."wait until Jake Day gets elected." Already, he's been elected???