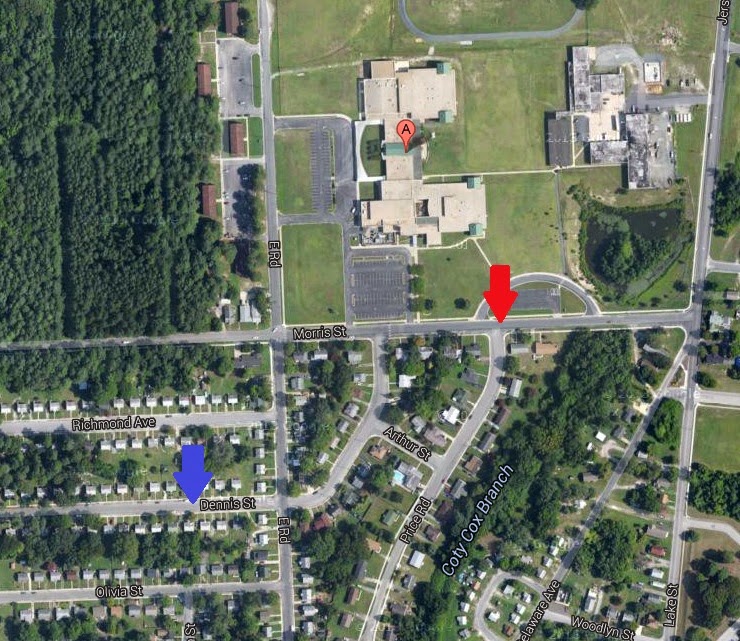 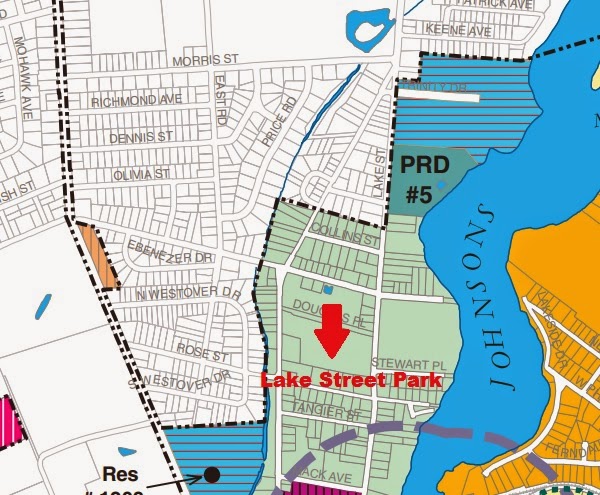 OK, there seems to be a bit of controversy on whether it was in the county or city. Morris Street and Price Street ARE in the  county and not the city. However some are saying the shooting took place at the Lake Street Park......which is in the city. I guess we will have to wait for a press release.
at 3/15/2015 08:00:00 AM

Should the debate be about if the address is in the city or the county? If there's that much confusion - maybe both jurisdiction have the same problem! Will this one incident cause either jurisdiction's numbers to be significantly different?

I would be inclined to say that both need crime reduction activities....

No good jobs=high crime.Officials can say what they want but throwing more money into more police isn't the answer.Already have the largest police force for population area around.

maybe we can get a picture of Lewis stanig there looking solier like. Tha should do the trick!

it's always been like that in the reservation. nothing new.

Nope 7:51. It's the breakdown of the family unit. Useless Baby Momma's, some criminals themselves sleeping with useless multiple criminal Baby Daddies. "Parents" not good role models. Because of welfare, the cycle has morphed and is generational.
The lack of jobs is nothing more than an excuse because most people (democrat politicians and their appointed lackeys esp) don't want to offend their voter base and others haven't the guts (nor the honesty in them) to say what the real problem is.
How much you wanna bet this particular shooter was the product of a mere sperm donor, has multiple 1/2 siblings, was born into welfare and has a record a mile long.

8:29, I have to agree. A stable upbringing is extremely important. While your comment is harsh, it too is very true.

One only has to look where all the crime is happening and by whom. Guarantee gang and drugs involved.

Well Joe, You have to be harsh. It's time the people heard the truth in plain English and not sugar coated.
Another thing about the lack of jobs excuse is that the parents have no work ethic. Even in places where opportunity existed and exists people fell and continue to fall into the cycle and the system.

8:46, referencing work ethic, that's a very tough one. Every single person who knows me knows that I have stronger work ethics then anyone they have ever known. Heck, I don't know if that's such a great thing but when I look back at my two boys and see them working their rear ends off every single day, well, I guess I did them right.

Work ethics when I grew up was ALL about being a good, (if not great) PROVIDER.

MANY people did the same but lost so much of everything they worked for preparing for retirement only to watch most everything disappear under Liberal leadership. I feel so sorry for that PROUD generation. Watching Obama and such bring them to their knees, yeah I'm pissed!

The Liberal party wants EVERYONE EQUAL! Well, except for the super rich.

Today, what do we see. Affordable housing, food stamps, welfare, free cell phones and guess what, IF these people don't have it, THEY STEAL IT!

In my honest opinion, we ALL need to wake the hell up and see what's right there in front of us. Is this really what we ALL want as AMERICANS? It really is embarrassing.

Yeah but when the cops go into these drug infested areas they are looked down on then when something happens the peeps say where is our protection, Hey peeps you cant have it both ways.

neither one of these areas is the reservation.

Oh most certainly 8:56. That is exactly the way he will be portrayed. No mention of his (or their in the case of both shooter and victim) prior criminal histories. Omissions is a way of life with these people. Telling the whole truth is a foreign concept.

905-Exactly, the "reservation" was once called "Indian Village neighborhood". Off of 50, easily id'd by the street names.

All across America where concealed weapons are permitted, crime has gone down. Cities can make laws less restrictive than the state there in, Salisbury needs to grant carry permits, then watch crime go down.

Will Salisbury eventually incorporate Delmar into it's limits? They really should.Salisbury should include Delmar and Fruitland.Then have a contest to pick a new name for it.

The majority of those committing serious crimes, are not interested in jobs anyway. How many have basic jobs skills such as showing up sober and on time for work every day? Not sleeping on the job? Diligently performing the work assigned, without wandering off to loudly socialize and yap with their peers? Let alone functional, basic literacy, the ability to perform simple math, read and write coherently.

"Good jobs" usually require a skill of some type, and how many "low information voters" have taken an interest in a marketable trade or skill? Let alone had the self-discipline to follow through and achieve competency?

There's way too much "self-esteem", and arrogant confidence in themselves, that has been instilled into them their entire lives, and especially at school, where "everyone is a winner" and "there are no losers".

Humility and modesty seems to have been bred out of them.

How long do you think good companies will stay in an area to provide good jobs, if there aren't enough employable people? Or if taxes are high to pay for increased patrols, to keep the natives from destroying their property?

I think the majority of the crime is a problem that is bigger than law enforcement so I hate to see them blamed for everything. ECI and Hudson Center are the root cause of the kinds of criminals that are in our area. Law enforcement didn't bring them here. The people who allowed ECI to be built here did and those who don't work on getting released convicts sent back to where they came from are enabling them to just stay here. Hudson Center brings in people from Baltimore who end up making a drug connection and staying here.

Then you can look at how Salisbury has allowed so much low income housing it is enticing to stay.

It is the politicians that make these bad decisions and law enforcement ends up overwhelmed and getting blamed. Yet, those same politicians don't want to provide law enforcement the money they need to battle the increased crime. It is more important to tear down schools and build over the top new ones where the thugs' children can disrupt and destroy the education of the other kids.

Let's put the blame where it belongs - on the decision makers - and that isn't police chiefs or sheriffs in this case.

You are trying to place the blame in places it shouldn't be directed in.

The crime is mainly a part of drugs, especially here. Who is hired to curb illegal drugs, law enforcement. Not ECI, not the Hudson Center. Come on now, get real.

Is this jim the mayor or mike the sheriff.

End the confusion of LE boundaries by eliminating SPD and enhance the Sherriff's office and expand their staff to take over the whole county. While Ireton cries it wasn't in the city, he's ignoring the issue! Jim Ireton is every bit the same housewife Barry Tighlman was, and shows it.

" Anonymous said...
The majority of those committing serious crimes, are not interested in jobs anyway"

Correct 10:41. The deterioration began well before all the low skill blue collar jobs left. We see this in all the big cities. It started in the 70's in Baltimore. There were still many factory blue collar decent paying jobs around but a certain segment of society was too lazy to work, would rather lie around drinking, drugging, making babies. This created a cycle of dependency.
And then the excuse makers like the NAACP started up blaming everything but the root causes which was the moral decline among these people and their own laziness.

Ireton is a criminal and i want to know why the DOJ has not arrested him yet foe fudging the crime stats.

LE is in theory supposed to curb the illegal drug use, but then you have the nothing big mouths like the NAACP offering up their nonsense. Police need to be on the streets, they need to see and hear what's going on but groups and others then say the police are "harassing" them and profiling.
The degenerates at the NAACP are sitting around slobbering waiting, hoping some white cop shoots some black kid so they can then attempt to make themselves relevant.
They talk nonsense. They say they want the guns off the streets and black lives matter but then jump around like a bunch of lunatics when a cop stops someone walking down the street in the middle of the night.
They can not have it both ways. At this point in time they need to shut up and just start digging a bunch of holes to toss the black on black crime victims into.

Outlaw section 8 housing in the county.

"Anonymous said...
Ireton is a criminal and i want to know why the DOJ has not arrested him yet foe fudging the crime stats.

Because the federal government more specifically the democrats are the problem. The feds dangle grant money over the heads of local LE agencies IF they can show a reduction in crime. This gives the agencies cause and reason to downgrade crimes i.e. robbery becomes theft for example. Then the crimes aren't reported on the FBI Uniform Crime reports or whatever the document is called that is supposed to be the indicator of the nation's crime rate. Only a handful of serious felonies make up this report. Then obama can say crime has fallen under his administation and the stupid democrat voters fall for it.

10:49
Yeah law enforcement has to deal with everything taking place AFTER a crime. You don't think other institutions have everything to do with the chain of events that occur BEFORE a crime is committed? Come on now that's over-simplifying the issue by a lot!

I don't know if we can point fingers at ECI and the Hudson Center directly or solely; that would be just as absurd. But other issues MUST be explored if you want to actually have in impact on the community.

11:26 sounds suspiciously like the VA scandal. What can I say, almost everything the government gets into, it ruins.

So what????? This is the result when the police forces can't deal with thugs without fear of some idiot saying he was violated....becareful of what you support, can't have your cake and eat it to!

Actually neither SPD or Sheriffs office is affective in enforcement efforts.

3:11 who care what people say, do your job, be professional and back your arrest with good legal action and you have nothing to fear!