Salisbury University Enrollment Is Declining, Just As I Had Predicted In My Campaign 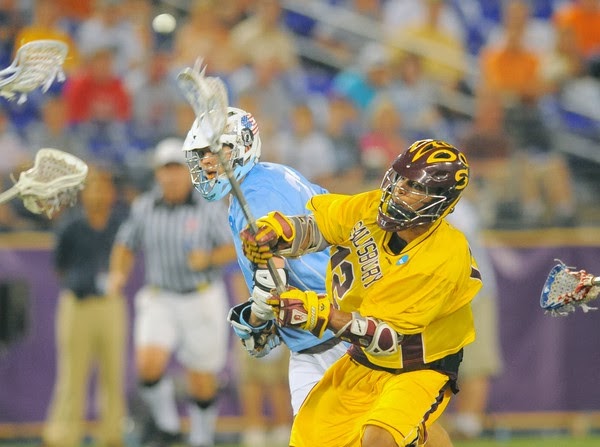 I guess I'll be called the Bad Guy once again for exposing information the rest of the local Main Stream Media has ignored.

While other Universities are growing, Salisbury University is starting to feel the pinch of not only the economy, they're starting to experience the serious On Line Degree competition, as seen from many recent City of Salisbury employees and Department Heads.

I mean, why go to school locally when you can go on line for a quarter of the price and get an acceptable degree.

In the mean time your Mayor is banking on MORE Students to fill all of the new Student Housing being built. As I have also been preaching for years, the rental market is going to take a nose dive over the next few years and the real estate market is going to be the worst the Eastern Shore has ever seen.

If I recall properly, the University had been preparing for an INCREASE of around 6,000 NEW STUDENTS and well, as you can see from the above factual numbers the University is in serious trouble.

Now don't come back here saying the numbers aren't that far apart because IF you know anything about business, they should have seen an increase big time to help afford all of the new purchases and upgrades they have made in the past 5 years.

If you don't grow , you shrink!Any business will tell you the same!

We had one student tragically murdered and I bet the other dozen were expelled.. they turn away applicants Joe. It's a function of keeping the GPA and testings of applicants at a high level.

If enrollment drops, it's on O'Malley not Salisbury.

To a Salisbury alum and former city resident, having lived in the area for 37 years, the changes in both are amazing but in stark contrast. People who have lived here that long know what I mean. While the university has grown and flourished and prepared for more, the city's reputation has deteriorated beyond belief. Who would want to come here for four years, and who would want to send their kids here? What was once a lovely little town full of friendly people with a very low crime rate, attractive and affordable neighborhoods, and modest career opportunities has completely reversed itself. The university might poll its own students to find out why others aren't beating down the doors to get in.

1. Dr. Dudley Doolittle and the faculty filled with losers.

2. It's mostly a lib. arts and teachers college -- those areas are not where most college students are today, and there is no engineering, etc ptogram.

3. College is not regarded as a good deal financially due to cost and employment opportunities thae it provides -- not like it used to be..

4. Too many other good schools in this region.

5. Although not in that group of good schools, Wor-Wic ain't bad and has cut into the enrollment at SU

SU just all high and mighty and too big and expensive for its britches, listened to too many losers like Dunn, Tilghman and Ireton so here we are - town is not lovely anymore, looks like the dumb of the eastern shore with a lot of hookers and criminals - would you want to send your kid here? I think not. Clean the whole place up before it's not even a town anymore and quit building section 8 housing for more slum areas.

We all know you won that election, Joe. Next time you run, make them use paper ballots so they can't use there commie libtard computer tricks.

su is a joke, but if they stopped paying esbach by the pound maybe they could lower their rates?

Great news to us. They are huge pains in the butt. Now that landlords are renting all over the county. they act like 5 year olds. have no respect for the neighborhoods they rent in. good riddance!

To those of you attempting to make comments saying the enrollment difference isn't that big of a deal, you are clueless about business.

Look, there's PLENTY of housing for Students in the City now. WHY do you think they've been building new massive sized complexes and plant to build even more? Because SU was on a roll and did expect to bring in an additional 6,000+ students, above and beyond what is currently the average.

I have been to hundreds of meetings and I know what their intent has been, I am right, you are wrong.

Now, if you look at ANY business the size of SU, you must grow in order to survive. Don't come telling me there's some kind of CAP on how many students they'll accept. That's almost like saying PRMC will STOP at a certain amount of patients each year because they can't handle it, even though they keep adding new facilities like SU has done.

Make all the excuses you want, SU is getting hit with an Obama Depression and the government is proving each day that they will do whatever it takes to collect on student loans, even if it means they'll stop the purchase of a new home because their loans aren't paid off.

My My so many people against college education and SU. I know college has definitely made me a ton of money.. and continues to be the best decision ever. My entire family and kids also are benefiting from college---they are not stupid by picking majors that will not make them money in the future... if you do that... then suffer the consequences

College isn't for everyone.. but everyone should have a skill that will support them in the future... graduating high school and bumming around minimum wage jobs is just stupid and becomes a burden for society... Get with the program and make something of yourself!

I started out at 13 cleaning the Grandstands at Bowie Racetrack at night.

Then I worked in a restaurant at minimum wage.

Then I sold cars and started making some real money, NO SALARY AT ALL, so it was BELOW minimum wage if you had a bad month.

Then I sold Oil Wells in Dallas Texas.

Then I was a messenger person delivering packages in NYC.

Then I became a Manufacturers Rep in the Graphic Arts Industry.

Then I became a Director of Marketing and Sales for one of the Manufacturers I had represented. Then V.P. and in a few years I owned the company.

My younger siblings and my Mother never suffered financially because we always provided, even at MINIMUM WAGE!

I do not believe I was ever a burden on society. I was not able to graduate High School because of a bad car accident, yet I NEVER QUIT!

I still to this day stay in regular contact with my old Teachers from Bowie High who have always used me as an example over the years to their Students to NEVER GIVE UP.

We should have been on Welfare, Food Stamps and Housing, we were too proud.

NOT ONE of my Family Members has EVER been on Unemployment, NEVER.

JT and others like to crack on me because I never graduated High School. Yet I'm NOT a leach on society. My homes and properties are all paid for.

I think you owe everyone here an apology because YOU have forgotten where you came from.

At least we wont have to bailout student housing if it goes bust.

I graduated SU 10 years ago and now coworkers are asking me if they should send their kids there. I usually reply with 'it's not that bad'. Almost all of them have heard some story about the crime in Salisbury and are hesitant to send their kids.

2003 to 2012 is about 27% increase. Healthy bump and many colleges would love to have held steady let alone grow.

Larger school requires larger overhead in facilities and staff. SU has to convince U of Md board that plans are solid before breaking ground. So if there are 'misses' a variety of folks had scrutiny before the fact.

Number of potential freshman can be projected when they hit first grade. Then it's a decision about holding enrollment and being more selective, keeping present cut-offs and expanding, or accepting anyone with a check that won't bounce. Sounds like they chose a mix of growth and selectivity.

Online is concern to all colleges, but example used is off the mark. Those in workforce snagging online 'credentials' are doing it because it's easy and employer pays the freight now for the 'degree' and later it makes them more promotable (see fahr cheef). GIGO applies to both student and college printing the paper.

Now take a look at effect of 2008 onward economy and many students everywhere are grabbing first couple of years at community colleges for lower tuition and transferable credits.

Costs of college have just gone crazy and it's changing the calculation about enrolling, and making the 'investment' of time and money and debt pay off.

Having only one major customer is a risk for a town, a university (undiversified majors), a bulb factory, etc. If your customer gets cold, you freeze.

No jobs when they graduate.

Please join my college so your fees pay for my great Food program I eat every-day....

I am so hungry now that enrollment has dropped...

The fact is, there is a cap on enrollment. That is not make-believe, that is a hard fact. The state would like to see the enrollment increase, but the college refuses to increase the Unless the state will provide the money for more faculty.

The fact is, there IS a cap on enrollment. That is not make believe, it is a hard cap.

You have to understand, SU is not run like a corporation - that is because it isn't a private organization - it is a State University. So, they can't accept more than the cap they've set.

Also, SU turns away many, many, students. They try and predict who to accept, while estimating how many of them will turn SU down. So, some years they hit that mark dead-on, and other years they miss the mark. That is why there is a different of about 70 or so students.

SU is overpriced and many of the teaching staff come from Wor Wic CC. Best value with good educators, go to WW CC for two years, then transfer to SU for two years. The combining of masters programs with UMES is a shame, and reduced the quality of the graduates. A college education that leads to no job, debt for years, reduces the chance to qualify for a first home purchase, and when combined with obamacare equals a college graduate who starts in the hole, and stays there a long time.