The Shelter That Had No Takers 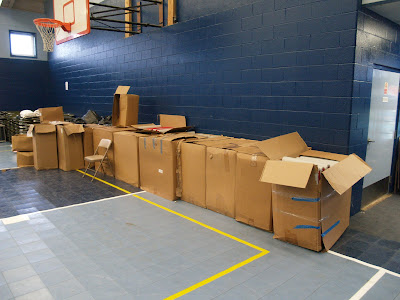 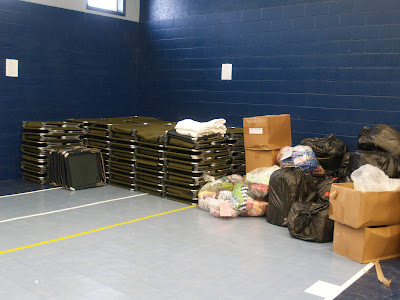 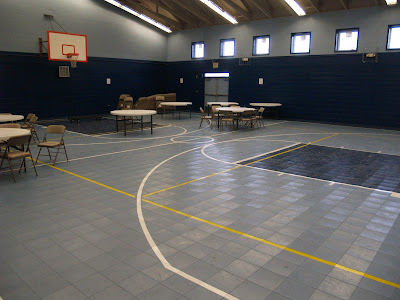 When you enter the Community Center Gym in Crisfield you'd expect to see people taking advantage of a dry facility and people packed from one end to the other.

However, that wasn't the case on Saturday, or any other day since hurricane Sandy hit the Shore.

When I spoke with one of the key representatives about the shelter she told me that 200 people had taken refuge there Friday night. I looked at her and said, I don't think so. I then informed her that they were shutting down food services Saturday at 5:00 and she again said that she didn't believe that to be true.

A few minutes later she came up to me and said, your right. I showed her the images from my camera with everything stacked and still new in the boxes. She said she was just informed that no one had taken advantage of the shelter and that the food distribution at the Community center was in fact being closed down at 5:00 PM.

Because so many homes did in fact have 1 to 4 feet of water in them from the storm, people are just too afraid to leave their homes and have them condemned. Their belief is that they'll have no place to go.

While vouchers are being given to those living in affordable housing units, there's still not enough hotel rooms or lodging available for all of the people being displaced. Some motels in Ocean City have given up 4 rooms, (or so) and are accepting vouchers, they are still in desperate need of additional lodging.