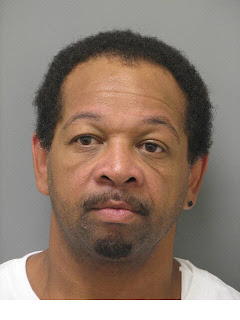 On June 7, 2012, Corbin was brought back to Delaware by the State’s Attorney General's Office on two counts of Failure to Re-Register as a Sex Offender after being held in a detention center in North Carolina. He was arraigned at JP2 for the charges and given a $2,000.00 unsecured bail. He was, however, held at Howard R. Young Correctional Institution on a $688.00 cash bail for a capias until he was released on June 8th. On June 12, 2012, Corbin registered a new address in Delmar of 216 Brick Road through the State Bureau of Identification.

Corbin was scheduled in Sussex County Superior Court for a preliminary hearing on June 14th for the new charges and failed to show up. A capias has been issued for his arrest. After learning that Corbin failed to show, Investigators attempted to contact Corbin at his newly listed address in Delmar only to find out that there was no such address.

Investigators have obtained warrants on Anthony L. Corbin, 45, who is a high risk Tier 3 sex offender, after he failed to register his current address, and had not notified S.O.A.R. of his status within 3 days as he is required to do by law.

Anthony Corbin is described as a black male, 5’06” tall and 165 lbs. with black hair and brown eyes. Information has been received that Corbin is possibly living in the Delmar, DE area or possibly fled to North Carolina.

The Delaware State Police Sex Offender Apprehension and Registration Unit is asking anyone who may know the location of Anthony L. Corbin to call 9-1-1 or 302-739-5882. Citizens may also provide a tip by texting keyword “DSP” plus your message to 274637 (CRIMES). Tipsters may also provide information through lines maintained by Delaware Crime Stoppers at (800) TIP-3333.

I went to school with this worthless POS. He was a no good thug back then and I see things have not changed one bit. Hopefully he is dead in a ditch somewhere