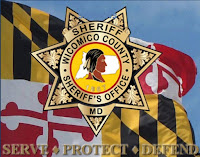 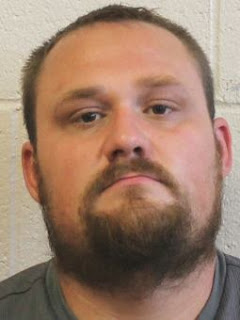 Incident: Warrant Arrest
Date of Incident: 2 June 2017
Location: 300 block of Maple Way, Salisbury, MD
Suspect: Matthew Albert Conway, 33, Salisbury, MD
Narrative: On 2 June 2017 at 11:17 AM, a deputy arrested Matthew Conway on an outstanding Circuit Court Bench Warrant. The warrant was issued after Conway violated the terms of his pre-trial release while awaiting trial in a Burglary and Theft case
Conway was detained in the Detention Center without bond pending an appearance in front of a Circuit Court Judge.
Charges: Violation of Pre-Trial Release

Incident: Driving Under the Influence of Alcohol
Date of Incident: 2 June 2017
Location: Pemberton Drive
Suspect: Laurie F. Nosworthy, 62, Salisbury, MD
Narrative: On 2 June 2017 at 6:27 PM, a deputy stopped a vehicle operated by Laurie Nosworthy after the deputy observed her operating her vehicle while talking on a cell phone. Upon contacting Nosworthy, the deputy detected an odor of alcohol emanating from her which prompted sobriety testing. Following that testing, the deputy placed Nosworthy under arrest
Nosworthy provided a breath sample during subsequent processing and was released upon the issuance of citations pending a future court date
Charges: Driving Under the Influence of Alcohol and Driver Using Handheld Telephone While Vehicle is in Motion

Incident: Driving Under the Influence of Alcohol
Date of Incident: 3 June 2017
Location: 26000 block of Cottman Road, Allen, MD
Suspect: Arvil David Rogers, 54, Eden, MD
Narrative: On 3 June 2017 at 2:58 PM, a deputy responded to the area of Allen for the report of a possible intoxicated driver. Upon arriving to the area, the deputy located the vehicle in question in the parking lot of the Allen Park. The deputy approached the vehicle and observed that operator, later identified as Arvil Rogers, was passed out behind the wheel. The deputy also observed that the keys were in the ignition and there were several empty beer cans on the floorboard. Upon waking Rogers, the deputy detected a strong odor of alcohol.
Following the administration of sobriety testing, the deputy placed Rogers under arrest. During subsequent processing, Rogers declined to submit to a breath test.
Charges: Driving Under the Influence of Alcohol 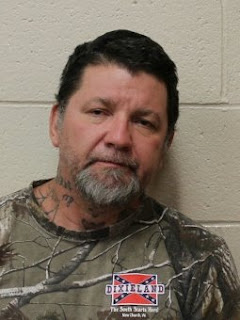 Lilly, Richard
Incident: Assault
Date of Incident: 3 June 2017
Location: 7000 block of Lewis Lane, Willards, MD
Suspect: Richard Keith Lilly, 54, Willards, MD
Narrative: On 3 June 2017 at 10:09 PM a deputy responded to a residence in the 7000 block of Lewis Lane for a reported altercation. Upon arrival, the deputy met with a female subject who reported that she had been assaulted by Richard Lilly. The deputy observed signs of injury to the female and also noticed that Lilly appeared intoxicated.
The deputy placed Lilly under arrest and transported him to the Central Booking Unit where he was processed and taken in front of the District Court Commissioner. Following an initial appearance, the Commissioner detained Lilly in the Detention Center pending a bond review.
Charges: Assault 2nd Degree 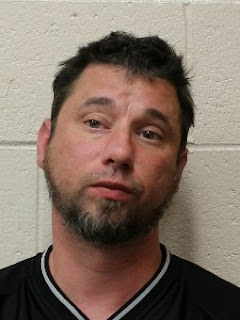 Ellis, James
Incident: Assault
Date of Incident: 5 June 2017
Location: 500 block of Memorial Drive, Delmar, MD
Suspect: James A. Ellis, 39, Delmar, MD
Narrative: On 5 June 2017 at 7:08 PM, a deputy responded to a reported altercation at a residence in the 500 block of Memorial Drive in Delmar. According to the female victim, she was watching television when her boyfriend James Ellis, allegedly began assaulting her. According to the victim, Ellis assaulted her over what was being shown on television. The victim stated that Ellis grabbed her around her neck and punched her in the face.
The deputy observed signs of injury that corroborated the victim’s account.
Ellis was placed under arrest and transported to the Central Booking Unit where he was processed and taken in front of the District Court Commissioner. Following an initial appearance, the Commissioner detained Ellis on a bond of $25,000.00 in the Detention Center.
Charges: Assault 2nd Degree and Reckless Endangerment
at 6/07/2017 01:15:00 PM

Ignorant is as ignorant does.

REGARDLESS of the situation, Jack@sses for hitting women! Hit a woman, jail - period end of story. Never any different BUT men still do it!

WALK away idiots! If not, well we get to see your mugs on TV or via the internet where we judge you GUILTY with those smug looks and awful hair dye Mr. Lilly!

Isn't Dave Rogers a teacher in Wicomico County? If so, there is a 'moral turpitude' clause in all teacher's contracts - I hope that I am mistaken, but watch this closely - while I wish no ill upon Mr. Rogers beyond what the law requires, I share this as Chris Nunzio, former Principal at Prince Street and now Principal at Westside Intermediate was not terminated for his indiscretions during a significant incident involving his drinking - if I am correct (and my memory is a bit fuzzy in my old age), I believe he either struck or nearly struck a patrol car - given that, I wonder if the same 'leeway' will be extended to Mr. Rogers - Not to say that this is excusable - no one should drink and drive, and we don't know any more of the circumstances beyond what is reported (and we have all made mistakes) - my thoughts are that if Mr. Rogers is let go by the BOE, why did they not relieve Nunzio when he did far worse as an administrator? Certainly thoughts for consideration....

I do not believe that Mr. Rogers works at CHOICES or is employed by the WCBOE.

So...is this the same Chris Nunzio who was at Delmar years ago?