Trump Could Have Taken MD 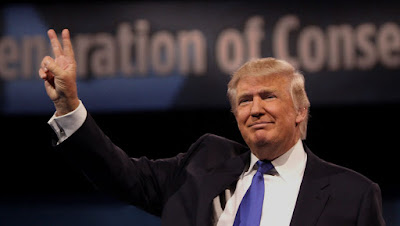 Trump could have won all of Maryland's Electoral College (10 Electoral Votes) - if one factored-in pulling out Baltimore City, Prince Georges Co., and Montgomery Co. - then Trump would have won the plurality vote.


Put another way - Trump won the vast majority of Maryland's Counties (17 jurisdictions total) - with exception to the above and loses in Anne Arundel, Howard, Charles, Baltimore County.

I thought we have 30 counties, but I'm just reading the Board of Elections webpage. Maybe it's wrong.

lol "if you don't count the massive votes for Democrat, the Rebublicans would have won"

Baltimore County, Howard County, and charles county went heavily to trump... Plus which solid bases in fredrick and anne Arundel democratic bases, I don't think he would of won maryland anyway. A lot of counties in maryland are changing from red to blue... Look at fredrick, anne Arundel and southern maryland... Next it will be the shore...

Kent County and Somerset County went for Obama either once or twice in his two elections... Maryland Republicans are losing ground.... The Blue wave is spreading statewide... Demographics are changing rapidly in the state.... Look at Somerset demographics....

The only blue wave is made by the tidy bowl man in my toilet. Come on now. I remember when everyone said a diverse President will make historical change and move our nation into a new direction.

SO, after 8 years we have...nothing. 8 years of history and yes a diverse President was at the helm, but NOTHING transpired that made this nation move forward. Rich still richer and now in political control; mid class still barely existent; poor still taking free benefits.

Time will again tell if Rich in control will help or hurt America - one thing is for sure, history AGAIN will be made!

Just hope the nation prospers rather than a few individuals.

I like how Maine divvies up their electoral votes, the winner of each Congressional district gets a vote and the winner of the state's popular vote gets the remaining two. Good luck getting something like that through the Maryland legislature.

Diverse President was suppose to unite everyone with Hope & Change, but he did total opposite. Create divisions like never before, while accumulating record breaking debt. Oh, Yes, he was right about the Change, he just didn't tell anyone It Was Change For Worse.
Buh Bye Barack, move over, Trump Train Is Coming!

It matters not what color shows at this time. What until the next election, even the liberals will make America Red Again. It will look like a beet, Nationwide. Trump/Pence 2020!!

These Counties are the reason MD is ruled by Liberals. These areas rule MD not the Citizens.

Let's assume they did that. Still wouldn't change anything,

They ARE the citizens. 2:1 ratio basically. It'll be near impossible to flip this state.

We Be Chillin on Welfare Yo....who wants to work???

This is why Maryland will remain a yellow dog Democrat state.

He took the Most Important Part of MD > The Eastern
Shore of it on DelMarVa !!! That's all that Matters !!!

At both the start and end of the day it falls to each state to determine how its electoral votes will be determined. The number of votes a state gets is from a formula in the Constitution. States have pretty much unrestricted freedom to decide how the electors for their state are chosen.

Maryland's current formula plays very heavily toward the Democrats; clearly demonstrates one of the downsides to lengthy one party rule.

We knew it before the first primary; so did all of the candidates.

The solution will be electing more excellent Republicans to the legislature so Maryland's procedure can be altered and become more truly representative of local preferences.