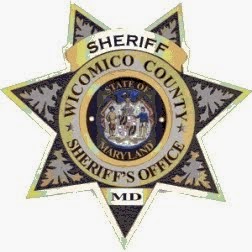 Narrative: On 22 April 2015 at 9:07 AM a deputy responded to a residence in the 1900 block of Pine Way for a reported domestic related assault. Upon arrival, the deputy was told by the victim that she had been assaulted by her boyfriend, Kevin Moore, who had left the residence prior to the arrival of the deputy. According to the victim, the couple was arguing over living arrangements when Moore allegedly became mad and struck the victim. At one point it is reported that Moore bit the victim on the nose. While speaking with the victim, the deputy observed obvious signs of injury that were reportedly inflicted by Moore.

The deputy located Moore on an adjacent street and took him into custody. Moore was transported to the central Booking Unit where he was processed and taken in front of the District Court Commissioner. Following an initial appearance, the Commissioner detained Moore in the Detention Center in lieu of $15,000.00 bond.

Narrative: On 24 April 2015 a deputy arrested John Holt in connection with a theft that occurred in Parsonsburg. Investigation revealed that a 16 gauge nail gun was stolen from a job site and was found to be in the possession of John Holt who attempted to sell it at a local pawn shop. After the owner of the nail gun arrived and positively identified his nail gun, the deputy placed Holt under arrest.

Following an initial appearance in front of the District Court Commissioner, Holt was released on $15,000.00 unsecured bond.

Narrative: On 24 April 2015 a deputy began an investigation into a hit and run collision in the 500 block of Gunby Road in Salisbury. According to the resident, a subject identified a Devin Kemp was at the residence and left after engaging in an argument with his girlfriend. While leaving the driveway, Kemp struck a parked vehicle and continued without stopping. The deputy located Kemp driving on a nearby street and observed fresh damage to his vehicle.

Charges: Possession of CDS with the Intent to Distribute
Possession of Drug Paraphernalia
Failure to Remain at the Scene of an Accident

Narrative: On 26 April 2015 a deputy located and arrested Ronald Price hiding in a bathroom in a business in the 200 block of Lake Street in Salisbury. Price had been recently featured as a wanted subject on WBOC's Delmarva Life which resulted in tips being called in to Crime Solvers regarding Price's location. Price was being sought on four separate Child Support Body Attachments that had been outstanding since 2010.

Following his arrest, Price was detained on a bond of $10,000.00 in the Detention Center pending an initial appearance in front of a Circuit Court Judge.

Narrative: On 26 April 2015 a deputy responded to an altercation inside a residence in the 32000 block of Morris Leonard Road in Parsonsburg. During the ensuing investigation, it was revealed that Trisha Tyler became embroiled in an argument with her boyfriend's mother that culminated when Tyler assaulted her boyfriend's mother. The deputy observed signs of injury on the mother along with indications that Tyler acted aggressively that prompted Tyler's arrest.

Tyler was transported to the Central Booking Unit where she was processed and taken in front of the District Court Commissioner. Following an initial appearance, the Commissioner released Tyler on Personal Recognizance.

Narrative: On 27 April 2015 a deputy arrested John Kinnamon at the conclusion of a felony theft investigation. Investigation revealed that between 10-27 April 2015, a subject, later identified as John Kinnamon, stole several pieces of jewelry along with a GPS device and a truck battery from a residence and sold it in a local pawn shop. During the investigation the purloined items were discovered in the pawn shop and Kinnamon was identified as the individual who brought it in for sale. Kinnamon subsequently admitted to the theft while meeting with the deputy.

The deputy transported Kinnamon to the Central Booking Unit where he was processed and taken in front of the District Court Commissioner. After an initial appearance, the Commissioner detained Kinnamon in the Detention Center in lieu of $5,000.00 bond.

Narrative: On 28 April 2015 at 9:03 AM a deputy responded to the 29000 block of Jackson Road for a motor vehicle collision. Investigation by the deputy revealed that Allison Brown left a residence on Devonshire Drive shortly before the collision and drove into a yard in the 4000 block of Devonshire Drive but did not stop. During the subsequent investigation, the deputy identified four additional yards that Brown drove trough before she struck a tree and was stopped.

The deputy detected an odor of an alcoholic beverage emanating from Brown which prompted the deputy to administer sobriety testing. Brown performed poorly which caused the deputy to arrest her. During processing Brown refused to submit to a breath test.

Due to a previous DUI arrest, Brown was required to only operate a vehicle equipped with an Ignition Interlock Device which prevents an operator from operating a vehicle with alcohol in their system. The vehicle Brown was operating was not equipped with such a device.

Brown was transported to the Central Booking Unit where she was processed and taken in front of the District Court Commissioner. Following an initial appearance, the Commissioner detained Brown in the Detention Center in lieu of $20,000.00 bond.

Narrative: On 29 April 2015 at 12:31 PM a deputy responded to a residence in the 34000 block of Main Street in Pittsville for a reported domestic altercation. Upon arrival, the deputy met with a visibly intoxicated Christy Baumgartner who smelled strongly of an alcoholic beverage. The deputy learned that Baumgartner and her husband had been involved in an argument over car keys when she struck her husband. The deputy observed signs of injury on her husband that supported the account of the assault.

The deputy placed Christy Baumgartner under arrest for assault and transported her to the Central Booking unit where she was processed and taken in front of the District Court Commissioner. After an initial appearance, the Commissioner released Baumgartner on Personal Recognizance.

Every time I see Kevin he looks like he's PO'd about something.Maybe not.