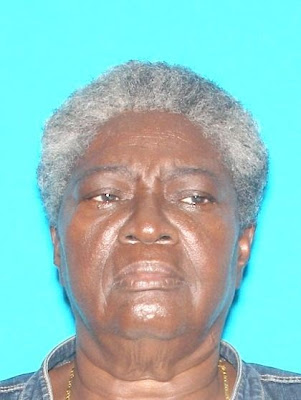 Troopers were contacted on Tuesday, August 28, 2012 at 10:15 p.m. and initiated an investigation for Cynthia P. Rose-68 of New Castle, DE after family members could not locate her whereabouts. The investigation revealed that her last know location was determined to be at the Christiana Hospital Emergency Room where she was treated and released for an undisclosed medical problem early Tuesday morning, at approximately 3:15 a.m.

Cynthia Rose’s medical condition is such that there is real concern for her safety and welfare.

If anyone has any information in reference to this incident or knows the whereabouts of Rose are asked to contact 911 or Troop 6 at 302-633-5000 or Delaware Crime Stoppers at 1-800-TIP-3333. Information may also be provided via the internet at www.tipsubmit.com