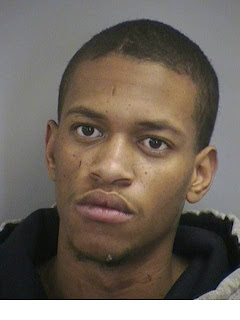 Arraigned at JP Court 2 and committed to the Sussex Correctional Institution for lack of $59,000.00 secured bail.

On Wednesday, January 11, detectives arrested Howard F. Green IV, 30, following an investigation into illegal drug sales that had been occurring in a Seaford car wash located at Rt. 13-A and Fallon Avenue. Detectives observed Green seated in a four door Chevrolet Impala and after contacting him, located 2.1 grams of crack cocaine, 2.2 grams of powder cocaine, and $122.00 in suspected drug proceeds in his possession. A search of the Impala revealed an additional 16.9 grams of crack cocaine, 49.5 grams of powder cocaine, one Oxycodone tablet, a digital scale, and $1700.00 in cash.

Howard F. Green IV was arrested and charged with the above list of crimes. He was arraigned at JP Court 2 and committed to the Department of Corrections for lack of bail.
at 1/12/2012 06:07:00 PM