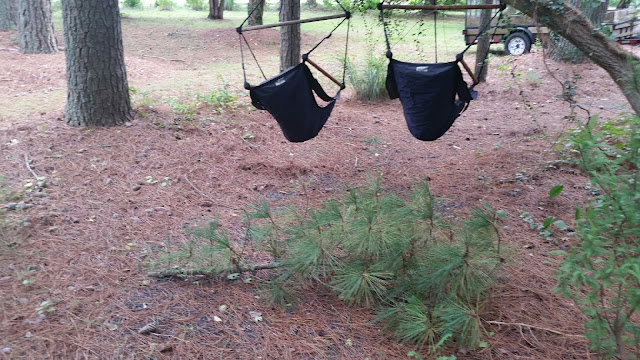 My Wife Jennifer and I would like to thank Governor Hogan for his state of emergency warning as well as the Town of Ocean City pretty much throwing every business off guard, (including their own) during this popular Bike Week event in Ocean City. My Partner Rod and I would also like to thank WBOC for their totally screwed up forecasts, scare tactics on probably on purpose false predictions for this hurricane that never came.

Because of all of you, hundreds of millions of dollars were LOST as many decided not to come to Ocean City. Because a major majority are sick of these forecasters and chose to come anyway, we say, SCREW YOU!

Nevertheless, a small pine tree branch did in fact fall from one of my trees, so maybe they were right after all. IDIOTS! Because WE didn't fall for their BS, we went full steam ahead and guess what, well, the images in the post below this one will tell you we did just fine.

BWHAAHAHAHAHAHAHHAHAHAHA. Something tells me Rickie with his gal at Thunder Isle is fuming with reminders of lost revenue!!!!! He and City Fail have a knack of being revenue deterrent - HAHAHAHAHAHAHA Need a lesson from Mr. Joe!

A Grrrrrrrrrrrrrrreat Weekend continues! Sun is on the horizon with Sunfest looming! Sorry Rickie, even you won't be able to ruin Sunfest this year!

The damage will come when no one listens and it is real. There is no way to pick up on lost income. I agree the over reaction like the so called blizzard was ground work for a giant screwing. It's election year have common sense

Armchair Quarterbacks are always right. Hindsight is always 20/20. Look two posts down your own feed; the one about 14 dead in Florence’s wake. We were in harms way last week. Sorry, but public safety still trumps bike week money.

I completely agree.
We live in an age when weathermen and politicians forecast the worst possible scenario for every storm.
That way, they cannot lose.
1. If it doesn't happen as badly as they predict, then it's, "Wow, weren't we lucky!"
2. If it does happen and life and property are jeopardized, then they'll say, "We warned you. No our fault!"
We have a real downside to that, though, having our businesses in a resort town.
Weather is everything. Care should be taken to get it right. Peoples' livelihoods are at stake.
And you are absolutely correct about the "millions" lost because of nothing more than hype (and covering their butts) on the forecasts.
There is absolutely NO reason that there should not have been 10,000+ bikes on Coastal Highway last night. There was nothing. I drove the length of that highway around 10:30 last night - it looked like a night in October, not what is historically the 3rd or 4th busiest weekend of the season.
The blame goes solely on the news and the Weather Channel.

"We were in harms way last week." Huh?????? The storms projected path was quite well defined and no where near the Town.

Ocean City's problem is that the Mayor and Council try to manage too many things by committee, not by the capabilities of the person supposedly hired with the skills to do the job. Then they get sidetracked by trying to agree on what to paint on the water tank on 64th street while the public restrooms are left locked. Nepotism wins every time and it's always somebody else's job.

Delmarva Bike Week shut down for the first time in 20 years. WTF made that stupid decision. Not one drop of rain and in years past we had massive rain storms with over 100,000 people still in attendance.

3:53 PM : I am local meteorologist (not employed by media) and the Delmarva, especially north of VA, was NOT in harm's way in the slightest. By Tuesday of last week, all weather models had shown that rain amounts were going to be under 1 inch with wind gusts less than 35 mph. In fact, many models showed a rather beautiful weekend. It was the media and local government that purposely ignored these forecasts in order to gain attention and be in the spotlight. Delmarva was never ever in "harm's way".

The problem is one never knows for sure what the US Military will do with the ionosphere heaters. So the storm could have been steered toward Delmarva. As it was, North Carolina was chosen for some fantastic economic energy as the State is forced to rebuild every house and all of the roads.

Terrible event that could have easily been avoided.

Mayor "Rick The Dick" did not appreciate this post.

When the hell is somebody honest going to run against this corrupt mayor that takes care of all his "Good ol' Boys" and screws over out of town property owners with outrageous taxes in order to line the pockets of the Mayor and his "Good Ol' Buddies"?