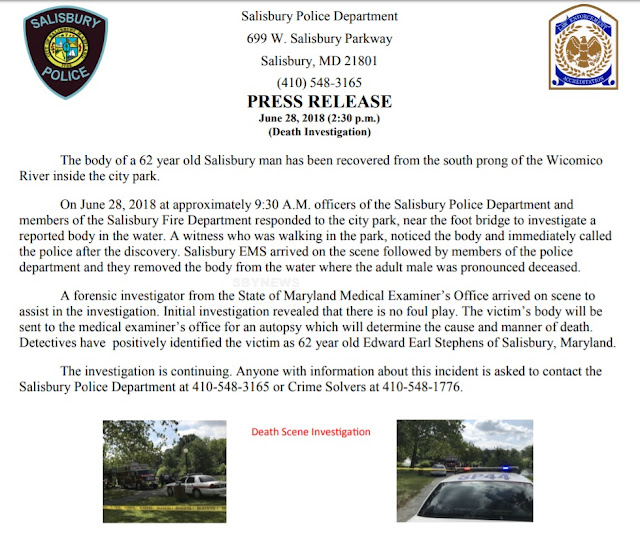 It's foul if he was in the water.

Doesn’t sound like much of an investigation, more like let’s sweep this under the carpet so crime rate doesn’t go up.

Well ima tell ya there was 4 young men riding bikes around early in the morning around rofo who knows what they were up to so if it’s foul play check their cameras. It would only take them maybe 7 minutes from the park. Beings there was no Salisbury popo out learking this morning.

How can they claim "no foul play" in the first hour without an autopsy?

Nothing to see here, folks!

Seems they think he got drunk and fell in.

I think he was supposed to Give a deposition against Hillary Clinton next week.