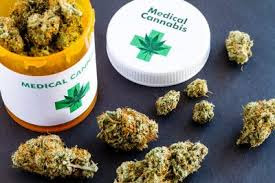 Maryland’s beleaguered medical marijuana industry faces a critical deadline Monday, when companies the state has selected to grow the plant are required to be operational. Those that are not ready risk losing their lucrative licenses.

Already, marijuana regulators are under pressure from powerful state lawmakers to leave companies that can’t meet the deadline behind.

“The whole purpose of this whole entire thing is that we have enough growers out there to provide medicine for patients,” said Sen. Thomas V. Mac Middleton, the Southern Maryland Democrat who chairs the Senate Finance Committee.

What a crock of crap , weed is a drug that should not be legal in any way. Next thing you know we will have home grown heroin for medical purpose , sorry , we already do it's called methadone.

9:33 Am: Did you know, that alcohol is a drug??? Did you know coffee is a drug??? Heck even chocolate can be considered a drug, Based on the definition on what a drug is, they are drugs too... SO why don't you condemn them too???

Did you know, that weed when put on the list of dangerous drugs, was done so, without any evidence, or research or anything like that??? NO of course not, you just run your mouth like you know it all...

Did you know, that they classify weed to be more dangerous than heroin or any other drug or opiate based on the classification??? NO of course not, you just run your mouth like you know it all...

Did you know, they won't let anyone research it becasue of what classification it is??? NO of course not, you just run your mouth like you know it all...

Did you know, there are more benefits that weed can provide than any other man made drug on the market??? Did you know, you can make clothes, fuel, medicine and foods with weed? NO of course not, you just run your mouth like you know it all...

When was the last time you saw a news article or hear of someone dying from an overdose of weed??? Never, but NO of course not, you just run your mouth like you know it all...

Go back to your hole, get in, and cover yourself up.

Dang....Somebody didn't get their cookies and Milk last night !!!!

Why is it then that in a private one on one conversation with someone, they will admit that smoking pot, currently or as far back as their teens is something they wished they hadn't done? Certainly cigarette smokers do, and the majority of drinkers. Granted there are medicinal uses for pot, but how many of those are cop-outs? "I'm gonna be cool and smoke pot on a prescription! My doctor is gonna give me the hook-up!"

9:33 Go kiss Session's redneck butt. I have not smoked in a decade or more but will once it becomes legal in my state. Not addictive like the cigarettes (nicotine is a drug) that so many of you alt right hillbillies smoke.

This whole thing is looking more and more like an episode of a failed sitcom, with bad acting, goofy direction and miserable scripting.

9:33 - Name a place where methadone is grown and which plant it comes from.

I agree with you DRUGS do harm people. Why do you insist that we add another DRUG (weed) to the ones people already kill themselves with? Using your logic, aren't there too many others already legal and available? Make tobacco illegal.

We used to be free

Sessions will be shutting ALL these down soon !!!!!