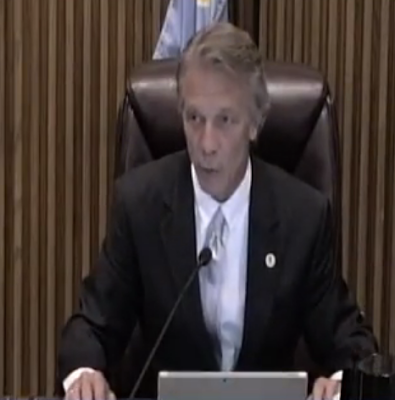 This week's latest dust up occurring within our Wicomico County government was a fabulous display of danger play for which John Cannon clearly has no finesse to pull off political operative missions! Rough & tumble, indeed.

This cunning but sloppy fraud investigation against the Executive Office, claiming there was some evil plot afoot regarding a pay raise for an employee that seemed dodgy, was merely an attempt to garner free PR for the councilman's reelection in 2018 - nothing more!

Funny enough, his entire escapade was centered solely on the word of a disgruntled employee who was shown the door last May; but those trivialities are always too inconvenient to entertain. Hence, this whole 'investigation' reeks of the kind of antics those in eternal campaign mode often pull to weaken their opponents while trying to promote themselves as some kind of hero to the people!


Oddly (or not so much), we never hear a peep from or see Cannon until it's time to dust off those old yard signs, crank up the fundraiser machine and, once again, vie for another popularity contest for some elected government position. No doubt, this will not be the end of taking you on an emotional rollercoaster until a year from next November!

By exploiting the lies about county procedures from a malcontent looking to exact revenge, he was able to pull off this 'forensic' machination which only led us into a fairy tale of nothingness, producing another nothing burger, of course, at our expense.

Interesting how, once we learned the real deal from evidence, it was all backsliding from there. In true form (from watching too many Political Animal episodes on Netflix), like a good Democrat - Republican - Cannon doubled down on horse manure with tons of ketchup on the side. In short, he blew it off saying to some adoring WBOC camera crew, "It's now up to the voters to decide." Really? Could we be any more explicit? 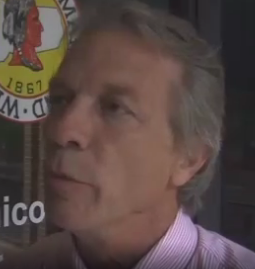 Throwing around criminality like fraud is always a nifty, heavy-handed tactic, but sophisticated political operatives know, one has to have real evidence (or at least, really good fakeries) to make the rubbish stick in public opinion. Otherwise, one ends up with stinky eggs are abound; making one look like a fool more than a hero. Cannon just wasted in excessive of $50K of your money to play the County fool! Can we get a refund?

Does the County Charter have a stipulation against this type of covert action with our tax money or are we expected to foot these kind of campaign bills every time a Council person is up for re-election?

It would seem this type of power abuse runs counter to any ethics code and should be subject to sanction against Cannon for such brazen corruption.

Furthermore, why would his fellow council members be so acquiescent to his reindeer games even when they apparently knew the truth before the hearing last Wednesday? Are they trying to follow Cannon down the political suicide road? Perhaps they need to step back from the schoolyard bully and take stock in their own win/lose continuum here.

As for Liz Holland at the Daily Times: pimping for one candidate at the expense of your journalistic integrity is most irresponsible and underwhelming. Real journalism entails geting all sides of the story - quoting both accurately - instead of assisting this local balderdash. Your clip portfolio will surely suffer greatly should you allow yourself to be played every time Cannon gets a bee up his bonnet and decides to take us all down another political rabbit hole, leading to nowhere.

Stay tune for more shills, spills and chills, folks, as surely, we'll see more pricy election-motivated 'investigations' or other such nonsense while Cannon tries to run his next campaign on your dime!
at 7/09/2017 06:00:00 AM

What can we expect now, John? A bill from Rick Wilson? Christ Almighty. Get a grip Cannon, you're not running for a federal rep job. You're a peon in a small pool. Why are you wasting time and money on BS and why is the County Council allowing him?

He is one of the good ole network in Salisbury,and he loves attention.

This kind of crap is just ridiculous! Cannon acts like he's in DC. If he were smart he'd work on making residents lives better and building up Wicomico's infrastructure instead of worry about election. Getting re-elected is a natural course if he's doing his job. Did he not learn the last time he was outed? Does he need a rerun of the election to jolt him awake? 😩😫🤷🏼‍♀️

How many times does he have to pull this number on county residents before they get a clue?

Reference a couple comments, I don't give the dude an attention because I have never voted for him and don't plan on it in the future. Therefore he doesn't have to pull this number anymore for me to cut ties.

This man is such a waste of space...period!

Joe!!! You are the only one holding their feet to the fire and telling the honest, slap across the face reality of local politicians.
If you ACCIDENTALLY set them on fire (things happen...) I will make sure to fix a sandwich and get a drink. I'll call 911 in a few minutes.
I look at the Council and wonder -- are these people the best we have to offer?
Or is it a bunch of backroom dealing wanna be players setting each other up for more success and wealth and to hell with "we, the people"??
Hey.
They are politicians. The answer is simple and clear.

How come they are Not being arrested for FALSE STATEMENTS ?

lmclain, shall I give you my samich order in advance?

Never underestimate the power of people and their ideologies to justify stupidity like this and keep buying into the fakery. Absolutely amazing. You people who write as if this situation is real are moronic. The whole point of this article is to point out the fake news the whole situation contained. You don't get that? Are you people on crack? John Cannon just cost the county $50K needlessly all due to some idiot who wasn't smart enough to keep her job. This doesn't alarm you? And they wonder why the media treats you like you're morons. Can't imagine why!

Which district does he represent and when does the filing window open? Someone needs to run for that seat.

Shall I take another few minutes and run to the corner store for some chips, too?
911 can wait.
Keep their feet so close to the fire they scream for mercy.
Don't give them any.
Keep it up Joe!

I see Cannon out and about. He is too important to socialize with us peasants. He never acknowledges anyone outside of his circle. For as many times as I have seen him I was invisible. Never says hello in passing. Won't look you in the eye. It's odd coming from someone who is representing me.


I used to see that Mitchell lady (city council) out and about and if you smiled and say hi, she would chat.

I have been a county employee for 20 + years, and this stuff embarrasses me so much. You never see worchester or Somerset counties dirty laundry aired! Our leaders, MY LEADERS need to pull it together. I am strongly considering running for a certain office when I hit my 25 years to try and bring some correctness back to this county!

All of it is embarrassing and juvenile.
Open for business? Not sure about Day, but Cannon, Culver and certainly Albero are experienced enough in business that they should know that no one will be eager to subject. sizeable investment to such a rigged and truely disfunctional circus. Even Jakey's daddy is taking his investment somewhere else.
What substantial investment from outside the area has been attracted in 3 years? What has been the private sector investment net of capital replacement? Should be on the Fed Bank bds

10:27 you hit the nail on the head. If you see Johnny out any where he will not speak to you. Well maybe since the elections are coming up soon he may but i doubt it. He will not acknowledge that you even looked at him. I to have seen him out plenty of times and i get the same response to. He is to good to speak to us peons. Well this peon will not be voting for a person that can't at least say hi how ya doing? Even if it isn't a full conversation, ok i get it. but you are NOT above and beyond saying hello to a person. And you expect them to vote for you? No people don't do it! Joe don't let this die. Come election time make sure people remember all of this!

Honestly, I don't give a #-*@ if this man TALKS to me, but how can he represent us if he doesn't ASK US what we want! We do NOT want him stirring up make believe problems. We want him fixing the REAL problems around here. Don't we? Come on people, we need to get rid of him once and for all. He is petty and useless.

But of course if you are 30something, have a mortgage cosigned by your parents to get you out of the basement , have a worthless, untested and under applied degree, think there's no carbon footprint from Tesla and once crowd funded a turtle farm in Nigeria ...

John Cannon is a piece of sh!t and runs that council with no input from any of the council members. He does what he wants and what he does is to make him look good. He has to be involved in anything that makes him look better. He is really considering running for County Executive or another higher state of Federal position. He has to feel important and council president isn't enough for him so watch him run. Have you noticed he is attending every function he can now just for exposure. Just sit back and watch. He is going to run for something.

Do you know why you can't get anyone to run for county council or city council? Because it doesn't pay much and it extremely time consuming. Why does it pay very little? Because the council members don't want to look like the bad guy and vote for a pay raise for the next council. They want to look like heroes, but they are making the next council work their butts off for pennies.

Have you ever heard the phrase "you get what you pay for." Perfect example is the county and city council.

no disrespect but with how they are acting, well most of them they don't deserve t be making that much money!

John Cannon and his cronies are just playing political games to get Cannon into Bob Culver's job as county executive. Then Cannon and Jake Boy Day an then run the county of Salisbury. They are hell bent on ruining the county like dumbass day he's destroyed the city. Some people may Not like Bob Culver, but Cannon would be a disaster. Old Bob Cannon would slap the shit outta John because of the grimy stuff he's done. Bob Cannon was an honorable man.