NC church limits married couples to 30 min. of sex and that's not all 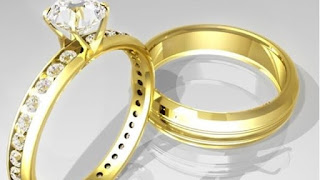 - Congregants need permission from leader Jane Whaley and other ministers to get married, and it then can take months - or even a year - before the newlyweds are allowed to have sex.

- No one is allowed to date without permission, and most relationships and marriages are arranged by Whaley and ministers.

- On their wedding night, couples are permitted only a "godly peck on the cheek." When they get in bed together, they must roll over and go to sleep.

Another glaring example of why organized religion is a complete crock.

can you say cult

Well, this is just crazy. God intended for us to make whoopie to our spouse after we get married. That's why he made marriage, in fact, so we would reproduce and multiply and spread His Word!

I think my wife goes to that church!

Is there a fenestrated sheet, too?

Where is Jim Jones when you need him?

this koolaid is delicious

I am way more devoted to God than these people. I limit myself to 2 minutes.

I went to a church here in Salisbury that was very similar to this. If you didn't do what they told you, you would be humiliated in front of the congregation. They would post you monthly offerings, volunteer you without asking to clean the church, mow the ten plus acres of land surrounding the church at your expense, and assist when need at all weddings and other church functions at your expense! If you spoke out about this, your were called the devil. Instead of a choir they had a "praise team" with a rock band singing non traditional christian rock! Clothing was come as your are. Race mixing was encouraged. I finally had enough in 2005 when the preacher was arrested for having a sexual relationship with a 14 year girl. Before I left, I let them know this church was not a church but a religious cult.

Can I have some ketchup with that dic "tater-tot" talk?

Do they have any members?

You didn't say it, but we ALL know what church you are talking about. I attended the same church for a while, and I noticed that the preacher's son that was arrested for the improper "relationship" with a minor, had no life, as an adult, whatsoever, outside of his contact with the kids. I told my kids that it was strange for an adult not to have any adult relationships and to stay away from him. That was before he was actually outed as a offender. That whole organization was cultish. I saw all that you mentioned in my brief association with that church.

I don't know which church it was. What was the name? Just curious.
Always trust your gut. If it tells you something is amiss, it usually is. Instincts are there for a reason. They keep us safe.

when i was younger I could last longer than that but now it's like riding a bull. eight minutes and im off

The preacher's son that was mentioned was just having some "Summer Fun" hint, hint.