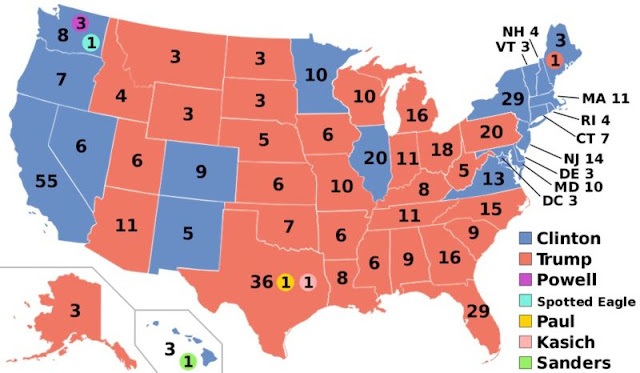 US issued JAR billed itself as an indictment that would prove Russian involvement.

Talk about disappointments. The US government's much-anticipated analysis of Russian-sponsored hacking operations provides almost none of the promised evidence linking them to breaches that the Obama administration claims were orchestrated in an attempt to interfere with the 2016 presidential election.

The 13-page report, which was jointly published Thursday by the Department of Homeland Security and the FBI, billed itself as an indictment of sorts that would finally lay out the intelligence community's case that Russian government operatives carried out hacks on the Democratic National Committee, the Democratic Congressional Campaign Committee, and Clinton Campaign Chief John Podesta and leaked much of the resulting material. While security companies in the private sector have said for months the hacking campaign was the work of people working for the Russian government, anonymous people tied to the leaks have claimed they are lone wolves. Many independent security experts said there was little way to know the true origins of the attacks.

If you look around, you will learn that Podesta's email password was "password". It was compromised by a amateurish phishing attack. To think that people this stupid might have ended up running our country is the scary part.

Liberal MSM would want you to believe the Russians "hijacked" the Election!? Well, Barack said so, it must be true, right? Those Russki are Really Good, they "infiltrated" minds of more than 100 millions of Americans, WOW!!! Incredible!!! Is there a single Democrat that could explain this?

Grabbing at straws to mask their defeat. It's a poor showing by the Dems, all along the way.

Whats sad is that you have these top intelligence agencies telling you they have digital fingerprints pointing to Russia and you're doing the Russians work for them by turning your back on your country and believing that it's a lie. They're laughing in Russia

"Whats sad is that you have these top intelligence agencies telling you they have digital fingerprints pointing to....."

Not quite. We have a Prez telling us that the intelligence agencies are telling him these stories. Strangely missing are any stories from the single agency responsible for Communications Security. I'm surprised that NASA hasn't spoken their story. SIC

Liberals are insane,talk about the democrat party who wants to do nothing for the American people and all for themselves and their king George Soros!


I'm so convinced. Not! Must have found this on a floppy disk used as a shim to keep Hillary's bathroom server level. We pay these people with real paper money to write and distribute this??

They have claimed that Russia was behind exposing actual e-mails from the DNC, Podesta and others.Some have remained hidden from public view because of classified info contained in them. The whole point here was that Hillary and others lied about there being more e-mails and of classified info being in the e-mails. WikiLeaks exposed their lies. And Assange has claimed it was not Russia or any State government. And now the liberals are doing all they can to place the blame on others for their incompetent and illegal actions.

It was NOT Russia. period

Sounds to me like it goes back to stupid Democrats like Hilary with private servers. We know Hillary was hacked. So probably the democrats being so stupid is reason they got hacked. And it didn't have anything to do with the election process. This was all done before the election. So it appears to me that it was the Democrats own fault they were hacked. And Obama is just trying to screw Trump in every way possible before he leaves office.