A Viewer Writes: Alleged Rape In Salisbury Near Hospital 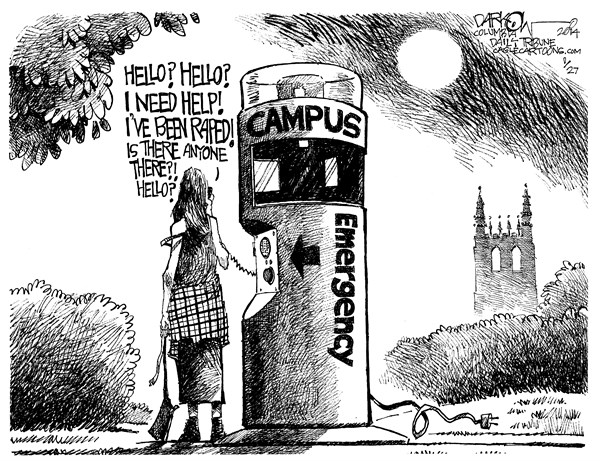 There was a rape right adjacent to hospital on Monday night--a supposed college kid... they have the the person responsible. There was an email from the hospital sent to everyone yesterday. Just an FYI-- as usual no press reports.
at 10/26/2016 04:52:00 PM

It's to unite and hit the mayor's office people this can not continue to be tolerated. His blatant lies and trying to hide the violent crime in Salisbury

It's to unite and hit the mayor's office people this can not continue to be tolerated. His blatant lies and trying to hide the violent crime in Salisbury

There will be no press reports.
It is bad for Salisbury's reputation.

There was a rape on Center St which is near the hospital on Thursday around 7:30 pm. The press release was issued on Monday stating the details about what happened as well as the person that was arrested. Possibly there is some confusion as to the dates. Either way, the rape of a 22 yr old female at that time of evening in such a well populated area is very scary for everyone.

5:39pm...thanks for adding facts to this otherwise fact less discussion.

It is so discouraging that the remaining good people left in Salisbury feel so powerless. You know the Ireton/Albero election was rigged, yet no one called for an investigation. You know ECI is dumping criminals in your back yards, yet no one demands Mathias make changes. You know a dozen or so landlords took advantage of (1) neo-yuppies moving to the suburbs, (2) Dresser and Crown leaving, and (3) ECI's presence, to import every illegal and thug from Balt., Phllly, Newark and other ghettos to make your city a filthy slum, yet everywhere they go the landlords are treated like celebrities. You know the current and previous mayors worked with the chief of police and the ultra-libs at SU to keep crime stats out of the limelight, yet no mass protests to demand change.

Are you so outnumbered by now that you've given up? Your last hope (Albero) was completely abandoned after the election. No wonder no one else wants to step up to the plate and give you back your city. There should have been such a mass protest by those who actually voted for him that the whole state would have noticed. Now we have a Republican in the state house. Can't enough people write and ask him to take a look at what's really going on instead of what the dems want him to hear? I love you all and wish you the best, but unless you organize and fight against the aforementioned oppressors, your plight is only going to get a lot worse and very quickly at that.

This is all real for you tin foil wearing idiots. The city is in a bad way. Officers are walking off the job at SPD. Primarily due to the way Duncan runs the show. Duncan can not keep her pit bull Kolb in check. He must have been bullied as a child because he sucked in Ocean City. Ever wonder why the guy did not stay there. Duncan was an affirmative action hire that flamed out in her first year. There are some excellent police at SPD they are so afraid of retaliation inside the building they are paralyzing the efforts to combat crime.

Jake Day and Duncan are pandering to a sub-culture that are nothing more than parasites sucking off the system. Jake is one and done I can assure you of that. has the good Mayor done a ride along with patrol cops ?? He needs a reality check. The mental games played in the sand box will not work here you are dealing with a totally different animal when you deal with the segment of society he and Duncan buy pizza for. It has become beyond laughable.

Emergency phones, another waste of your tax dollars (probably to a politicians friend) to create the illusion of safety.

Lets not forget slumlords who rent or lease to those who blatantly disregard the housing rules. A house near me offers refuge to TEN drug addicts, in a formerly family neighborhood. They come & go as they please & are without supervision of any kind. Also, there are many more syringes with needles in the gutter. Frankly I believe the house to be a fire trap. I thought the rule was no more than 2 unrelated residents. None of these are related.
There are enough unoccupied buildings around town. This lovely old home doesn't need to be the only refuge in a storm for these poor unfortunates. Again, I blame the slumlords. & how did this escape the watchful eyes of the housing board?
CONDEMN it! (the only way???)

It'a dark at 7:30 PM. That's a scary neighborhood.
Please travel in packs as the thugs do.

I remember the gang of blacks that raped and murdered a young white girl almost in the front yard of the President of the University.