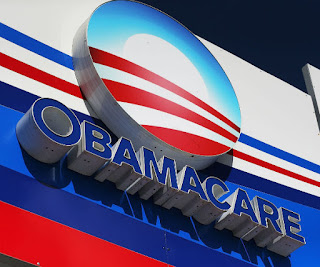 More than half of the health insurance co-ops set up under Obamacare have failed, including one in Ohio that has left almost 22,000 people scrambling for coverage.

According to Columbus Business First, the Ohio Department of Insurance will liquidate the state's InHealth Mutual co-op because it is in financial distress.

The outlet reports that $3 million in claims were being filed at InHealth Mutual every week. The company would have had to implement a 60 percent premium hike for next year to stay above water.

This marks the 13th co-op created under the Affordable Care Act that's gone out of business. Ten more are still servicing customers but their future does not appear bright.

Just goes to prove you cannot liven in a free country and have one foot in socialism. Go to Google.

Based on lies and deception. DELIBERATE lies.
They KNOW its a boondoggle and an utter failure.
But your "leaders" continue to paint it as a smashing success!!!
Millions, they say, now have "health care".
Guess what, Einsteins? I had it BEFORE, but the difference today is that I still PAY for it, I just can't afford to use it.
It alleviates my pain, however, knowing that those who swam, jumped, or ran into this country are fully covered, even when they are hurt throwing bottles at the police (while waving a Mexican flag and threatening to kill a U.S Presidential candidate!) because they are angry they aren't being given MORE FREE STUFF in a country where the FIRST THING THEY DID was commit a crime. As a NON-CITIZEN!
WHERE are the "leaders" that represent the AMERICAN people????
They're at the bank, cashing in bribes, setting up off shore accounts, slapping each other on the back, and telling each other jokes about how "we, the people" fell for another speech about "getting rid of racism!, or how they will fight against "the war on women!!", or one the the BEST --- "I'm going to hold Wall Street accountable!".
Keep cheering.