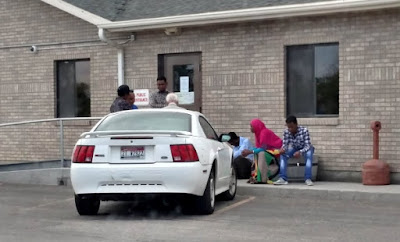 Reaction to threatening comments from President Obama’s U.S. attorney in Idaho following the release of two Muslim boys accused of sexually assaulting a 5-year-old girl have been swift and severe. 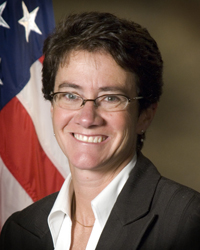 U.S. Attorney for Idaho Wendy J. Olson,
was appointed by President Obama in 2010.

Wendy J. Olson, the U.S. attorney for Idaho, indicated in a statement Friday that Idahoans who spread “false or inflammatory information” about the alleged Muslim perpetrators may be subject to prosecution. The boys accused are ages 14, 10 and 7, and their families have been evicted from the Fawnbrook Apartments in Twin Falls, where the assault allegedly took place.

The two older boys are immigrants from Sudan and the youngest is from Iraq. They are believed to be refugees but the government has yet to say exactly how they entered the country, only that they have come “within the last two years.”

The Olson statement that is drawing fire from First Amendment advocates is as follows:

“The spread of false information or inflammatory or threatening statements about the perpetrators or the crime itself reduces public safety and may violate federal law.”
More

It appears we are captives and prisoners in our own country

this is just disgusting!

She's out of her mind---let her try to curb free speech.

This is disgusting!
Send them ALL back to their
own Country!

Dave T: Amazing, got to protect all Muslims. Hell or high water, above everything else. Whose side is this Potus on? Certainly not on the same side as the American people. Shame on you Obama and all your cronies. You make me sick.

This women/man/it should lose their job immediately. Stop the Muslims from coming into this country and committing these crimes. The liberals will just aid and abet them.

Let Wendy and her office know what you think of her advice to local authorities to RELEASE a 14 year old Somolian Muslim heathen that raped a 5 year old white child and urinated in her mouth. The 2 other accused Muslim refugee rapists, ages 10 and 7 were also released.

Wendy,
Dude looks like a lady!
Wendy you did not pull it off, or well, for your sake, I hope you didn't pull it off. Because you still look much more like a dude than a woman. Only sissy boys make good fake women. You still just look like a dude.

Gay people in power have to be open minded! Accepting! If not then their argument of everything is flushed away!

And the parents of the girl haven't kidnapped those little punks and had a few days of really exciting things to do with them, like knife and razor games?
The prosecutor should have been marched outside at gunpoint and hung in the town square.
Are we in such a such a state now that we can't even jail a muslim for raping a FIVE YEAR OLD GIRL!!??
I suppose its because, in their country, thats considered normal. Let's ask hillary if she plans on championing the rights of women or fighting bigotry against muslims?
What do you think would have happened to 3 white kids who gang raped a 5 year old muslim girl and then urinated on her??? Remember what we did to the soldiers who were caught urinating on dead enemies??? And these kids got RELEASED!???
Keep cheering liberal BS like this. You may be next!

Well to all you fools who voted for the Muslim are you happy? ? How about voting for Trump to clean this mess up#!!