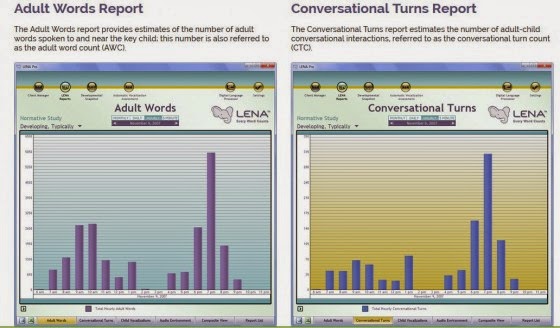 Would you volunteer to have a private organization (under public school contract) track your parental conversation with your child aged 0-5?

Parental conversations with children, with the permission of the parents, will be recorded and analyzed by a private company under a contract with the Huntsville City School District. From Geek Palaver:

During the Huntsville City Schools Board of Education meeting last night, the board, without asking a single question, approved Dr. Wardynski’s recommendation for a 24 month contract with the LENA Foundation for $93,500.

For a two-year contract, this one is actually rather small, but it will have far-reaching implications. Basically what the LENA Foundation does is collect data on the amount of time parents spend speaking to their children in order to help reduce the language gap that typically exists between children born into poverty and those born into homes above the poverty line.

In order to collect this information, the district will be seeking parents of young children to give the district and the LENA Foundation the right to record every incident of conversation between the parent and the child.

Yes, you read that correctly.

Russell Winn provides some history on the company:

The LENA Research Foundation is located in Boulder, CO and is headed by a person who until 2013 was working for Lockheed Martin.

According to Dr. Wardynski, this is the first time that the LENA Foundation has worked with a school district. He excitedly proclaimed that the district would be able to “work hand in glove, even before they get to school, to make sure kids are school ready.”

I can see they mean well with this, but I think it is crossing the line. If I had a kid, I would not be ok with this. And if I lived there, I would be outraged they spent that money on something so ridiculous.

Do ALL skool boards vote unanimously on all issues? Worcester County's skool board does.

Not a single question???
Another slippery slope.....