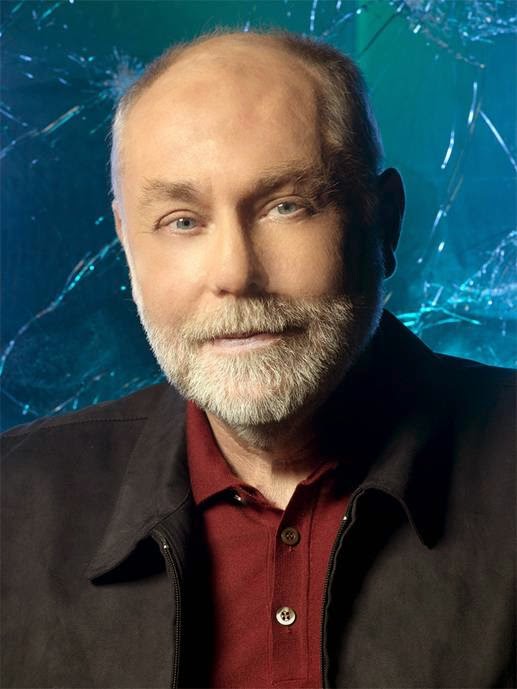 Robert A. Hall is an actor. He plays the coroner on CSI if you watch that show.


He also is a Marine Vietnam War Veteran, but does not mention that he had his legs blown off in that war.

This should be required reading for every man, woman and child in the United States of America

I'm 63. Except for one semester in college when jobs were scarce and a six-month period when I was between jobs, but job-hunting every day, I've worked hard since I was 18. Despite some health challenges, I still put in 50-hour weeks, and haven't called in sick in seven or eight years. I make a good salary, but I didn't inherit my job or my income, and I worked to get where I am. Given the economy, there's no retirement in sight, and I'm tired. Very tired.

I'm tired of being told that I have to pay more taxes to "keep people in their homes." Sure, if they lost their jobs or got sick, I'm willing to help. But if they bought Mc Mansions at three times the price of our paid-off, $250,000 condo, on one-third of my salary, then let the left-wing Congress-critters who passed Fannie and Freddie and the Community Reinvestment Act that created the bubble use their own money to help them.

I'm tired of being told how bad America is by left-wing millionaires like Michael Moore, George Soros and Hollywood Entertainers who live in luxury because of the opportunities America provided to them. In thirty years, if they get their way, the United States will have:
1. the economy of Zimbabwe ,
2. the freedom of the press of China
3. the crime and violence of Mexico ,
4. the tolerance for Christian people of Iran
5. the freedom of speech of Venezuela .

I'm tired of being told that Islam is a "Religion of Peace," when every day I can read stories of Muslim men killing their sisters, wives and daughters for their family "honor"; of Muslims rioting over some slight offense; of Muslims murdering Christian and Jews because they aren't "believers"; of Muslims burning schools for girls; of Muslims stoning teenage rape victims to death for "adultery"; of Muslims mutilating the genitals of little girls; all in the name of Allah, because the Qur'an and Sharia's law tells them to.

I'm tired of being told that "race doesn't matter" in the post-racial world of Obama, when it's all that matters in affirmative action jobs, lower college admission and graduation standards for minorities (harming them the most), government contract set-asides, tolerance for the ghetto culture of violence and fatherless children that hurts minorities more than anyone, and in the appointment of U.S. Senators from Illinois.

I think it's very cool that we have a black president and that a black child is doing her homework at the desk where Lincoln wrote the Emancipation Proclamation. I just wish the black president was Condi Rice, or someone who believes more in freedom and the individual and less arrogantly in an all-knowing government.

I'm tired of being told that out of "tolerance for other cultures" we must not complain when Saudi Arabia uses the money we pay for their oil to fund mosques and madras Islamic schools to preach hate in America, while no American group is allowed to fund a church, synagogue or religious school in Saudi Arabia to teach love and tolerance.

I'm tired of being told I must lower my living standard to fight global warming, which no one is allowed to debate. My wife and I live in a two-bedroom apartment and carpool together five miles to our jobs. We also own a three-bedroom condo where our daughter and granddaughter live. Our carbon footprint is about 5% of Al Gore's, and if you're greener than Gore, you're green enough.

I'm tired of being told that drug addicts have a disease, and I must help support and treat them, and pay for the damage they do. Did a giant germ rush out of a dark alley, grab them, and stuff white powder up their noses while they tried to fight it off? I don't think gay people choose to be gay, but I #@*# sure think druggies chose to take drugs. And I'm tired of harassment from "cool" people treating me like a freak when I tell them I never tried marijuana.

I'm tired of illegal aliens being called "undocumented workers", especially those who aren't working, but living on welfare or crime. What's next? Calling drug dealers, "Undocumented Pharmacists"? And, no, I'm not against Hispanics. Most of them are Catholic, and it's been a few hundred years since Catholics wanted to kill me for my religion. I'm willing to fast track citizenship for any Hispanic who can speak English, doesn't have a criminal record and who is self-supporting without family on welfare, or who serves honorably for three years in our military. Those are the kind of citizens we need.

I'm tired of the trashing of our military by latte liberals and journalists, who would never wear the uniform of the Republic themselves, or let their entitlement-handicapped kids near a recruiting station. They and their kids can sit at home, never having to make split-second decisions under life and death circumstances, and bad mouth better people than themselves. Do bad things happen in war? You bet. Do our troops sometimes misbehave? Sure. Does this compare with the atrocities that were the policy of our enemies for the last fifty years and still are? Not even close. So here's a deal for those folks. I'll let myself be subjected to all the humiliation and abuse that was heaped on terrorists at Abu Ghraib or Gitmo, while the critics of our military can be subject to captivity by the Muslims, who tortured and beheaded Daniel Pearl in Pakistan, or the Muslims who tortured and murdered Marine Lt. Col. William Higgins in Lebanon, or the Muslims who ran the blood-spattered Al Qaeda torture rooms our troops found in Iraq, or the Muslims who cut off the heads of school girls in Indonesia because the girls were Christian -- then we'll compare notes. British and American soldiers are the only troops in history that civilians came to for help and handouts, instead of hiding from in fear.

I'm tired of people telling me that their party has a corner on virtue and the other party has a corner on corruption. Read the papers; bums are bipartisan. And I'm tired of people telling me we need bipartisanship. I live in Illinois , where the "Illinois Combine" of Democrats has looted the public treasury for years. Not to mention the tax cheats in Obama's cabinet.

I'm tired of hearing wealthy athletes, entertainers and politicians of both parties talking about "innocent" mistakes, "stupid" mistakes or "youthful" mistakes, when all of us know they think their only mistake was getting caught.

Speaking of poor, I'm tired of people with a sense of entitlement who have air-conditioned homes, color TVs and two cars called poor. The majority of Americans didn't have that in 1970, but we didn't know we were "poor." The poverty pimps have to keep changing the definition of poor to keep the dollars flowing.

I'm real tired of people, rich or poor, who don't take responsibility for their lives and actions. I'm tired of hearing them blame the government, or discrimination or big-whatever for their problems.

Yes, I'm tired, but I'm also glad to be 63, mostly because I'm not going to have to see the world these people are making. I'm just sorry for my granddaughter.

Robert A. Hall is a Marine Vietnam Veteran who served five terms in the Massachusetts State Senate.
http://urbanlegends.about.com/od/dubiousquotes/a/robert_a_hall.htm

Forwarded text attributed to U.S. Marine Corps veteran and former Massachusetts state senator Robert A. Hall condemns the ideas and policies of President Obama and the 'latte liberals' who voted for him.

Analysis: This viral op-ed piece was authored by retired U.S. Marine and former Massachusetts state senator Robert A. Hall, who published it on his blog on Feb. 19, 2009.

The forwarded text incorrectly identifies Sen. Hall as the actor who plays the coroner on the CBS television series CSI: Crime Scene Investigation. That actor's name is Robert David Hall.
at 5/08/2014 06:00:00 AM

WELL WRITTEN !! (and brave because the left in Hollywood can't stand the few conservatives...)

He easily summed up how most people in his generation feel....but are just too tired to be heard

Excellent article and oh so true.

Our country would be so much "better" if all could live like and think like this gentleman.

Praise the Almighty. Let the REAL truth be told. Thank you, Mr. Hall.

Wake up people we all need to be tired !!