The Eastern Shore's Most Elite Are Losing Everything 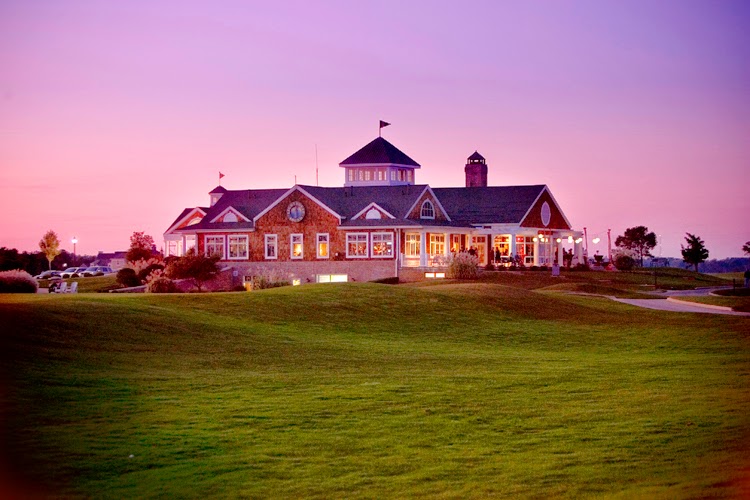 What you are not hearing in the local Eastern Shore Media is just how bad things are here financially.

In beautiful and quiet communities the foreclosure rates are skyrocketing. I was told by a close friend, Joe, they aren't even putting up For Sale signs in communities because it would look like every home on every block was for sale.

Lighthouse Sound and the Riddle Farm are being hit the worst. Homes are falling into foreclosure at an alarming rate, many of them formerly worth more than a million dollars.

Thanks rick pollitt spending my tax money I hope they forclose on your house FatBoy.

10:47 - first we gotta send him to the unemployment line!

My brother in law lives in Easton in an upper middle class neighborhood with Mc Mansions. Just about every other house in his neighborhood is either up for sale, or is in foreclosure. The problems are not limited just to Salisbury. But at least Easton seems to be in better shape than Salisbury.

No wonder the county and state are going broke. Million dollar houses have high property taxes. A lot of revenue is getting lost and of course their answer to this, is to raise property taxes and fees on those of us who are still struggling to still live in their homes. There is a limit, and your can't get blood out of a turnip!

Way overpriced to start with and the fools that bought them thought they were getting a deal I guess so now they are going into foreclosure. Oh Boo Hoo.

Tom Rurak is one of the biggest fat cats of all time. If his money is offshore outside the USA, then that's exactly where he should be.

People need to stop spending money they don't have on things they don't need. George Carlin said it best.

Now the real greedy is getting what is due to them. They caused this problem.

Tom Ruark is self-made. He started off as a builder, digging his foundations by hand with a shovel! He worked hard and smart and made some money. If hard work and success rub you the wrong way, all I can say is that you have been drinking too much Democratic Kool Aid. But you are not alone, you have a lot of friends in Maryland "The Bread Line State".

12:14 you are correct "The Bread Line State" Governor O'Dumbass has turned Maryland into a Hell Hole

Anonymous said...
10:47 - first we gotta send him to the unemployment line!

He won't be getting my vote!

Anonymous said...
Tom Ruark is self-made. He started off as a builder, digging his foundations by hand with a shovel! He worked hard and smart and made some money. If hard work and success rub you the wrong way, all I can say is that you have been drinking too much Democratic Kool Aid. But you are not alone, you have a lot of friends in Maryland "The Bread Line State".

Bottom line is Tom Ruark is a snake.

10:07 Pollitt has nothing to do with Worcester.

He is indeed self-made, and his companies employ a lot of really good, hard-working, honest local people. I cannot look at the downfall of any local business with glee. Shame, shame, shame on you! The problem is with the loss of jobs. We need good-paying jobs on the Eastern Shore for real recovery to take place. And, hey, dummy...we need to patronize local businesses, not slander them. Can someone give me a big ol' "DUH" for Mr. Economics....?

The homes were WAY over priced. Have you been inside one of the Glen Riddle homes? Not hardly worth the price tag. Like the majority of people who fed into the frenzy, they bit off more than they could chew. The market has to correct itself. Besides that Maryland has a thousand barriers to get through before a lender can foreclose. These foreclosures would have gone through a few years ago if it weren't for Maryland's laws.

12:46, no one cares whether it makes sense or not. It's far easier to blame the goat of the day/week/year than to blame the fools who borrow too much and can't afford their payments. Live within your means, people, and you won't have your home foreclosed.

Check the Maryland case search and see how much money Tom Ruark owes...and another surprise...the man is on probation for 2nd degree assault!

Im sick and tired of finance articles that 45% of homebuyers pay with cash,it's total BS!It's not Americans doing this.

The next wave of foreclosures will be the people who are unable to pay back taxes on their homes. That will be coming soon in a subdivision near you.

Tom took over Glen Riddle when the original developers could get past enviromental regs.

Who the heck did Tom beat up? Somebody with a law suit against him to collect money owed?

I have heard from several residents of, both, Light House Sound, and Riddle Farm about the high number of foreclosures. I also know that the association doesn't want real estate signs advertising because they are afraid of a public perception issue.

I guess they could always put out an AVAILABLE sign. What ever that's suppose to mean is beyond me.

According to the case search, he and others owe almost 20 million dollars with interest running more than 1,100 dollar per day. Mark Clark, Monogram are involved also. WOW!

I wonder where this development is.

It's not just property taxes that cause foreclosures...when you have to spend hundreds of dollars per month on electric or heating bills and on top of that, the unnecessary cost of gasoline to drive your car to work, there is nothing left to help the local businesses.

When they paid far too much for these houses they had no idea the economy would take a nose dive.

Maryland is worse than any other state in the nation except one. More people want to leave here and move to another state being the measurement.

Stupid things like raising the toll on the Bay Bridge to pay graft to Baltimore.

Do any of you that are posting know Tom Ruark? So many of these comments are so ridiculous.