BREAKING NEWS OUT OF BERLIN 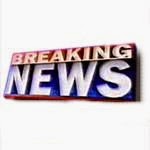 The Berlin Fire Department is on the scene at Branch Street where a home is fully involved in a fire with people trapped inside.

UPDATE: One person has been removed from the home and is being transported to AGH in cardiac arrest.

Heartbreaking to read this.

This was heartbreaking to hear on the scanner. The victim (woman) was in contact with 911 and couldn't get out from the 2nd floor. She then retreated to the attic and then they lost contact with her. It sounded like that the firemen on the scene were nothing less than heroic in trying to get her out. It also sounded like the pediatric patient was going to be ok. He/she was initially taken next door.

No, the sad news is ocean city was first there, the once great Berlin is crippled in turmoil.

The radio traffic was heartbreaking, the county needs to disband the BFC.

8:05, check your facts before you run your mouth.Berlin was on scene within The first 3 minutes.oc was called on the second alarm.

No need to start any drama 8:05. From the radio transmissions, first arriving units did an incredible job, no matter what department they were affiliated with.

"No, the sad news is ocean city was first there, the once great Berlin is crippled in turmoil."

Someone lost their life and all you can do is use it to make a political statement? Get a life!

Ocean city was NOT there first, an Ocean City chief happened to be in the area. Berlin is an excellent department with very well respected members that are professionals in other jurisdictions. I would be honored to have that fire company and most of its members serve me and my family in my first due....Berlin doesn't know how good they have it!

So sad to read this. It's not been a good week on Delmarva that's for sure.

Sure looks like Berlin's defenders (the few) are in complete damage control. Anyone that heard the scanner knows better. They don't have nearly the response they should, or used to.

I don't care who was first on scene. My thoughts and prayers go out to the victims. If Berlin was so great they would have been teaching better fire prevention to the community instead of playing homophobe jokes on the town employees. It should be noted that the attic is the last place to go for shelter as heat rises. She might have been better off jumping out a window.

The local fire departments should be under control of the county where there is some control and accountability. That includes Wicomico and the Salisbury Fire department. I am sick and tired of reading all the drama from all of the fire departments including Ocean City.

9:34,easy to run your mouth behind a key board.has nothing to do with fire prevention.would a career firefighter for 24 yrs.bring your ass to a live burn,I will show you what 1500 degrees feels like,you show me how you would react,a trapped victim can not make rational desions! Stop running your mouth and volunteer.Berlin had several pieces of equipment on the road,under a couple of minutes with 11 volunteers! Check the average response time nationwide,,Berlin is fast.when was the last time you left your family all hours day and night to help a neighbor?

9:34 must be either Jeff or zack running your mouths.maybe if mayor Williams would give money to the fire company,instead of stealing taxpayers money intended for public safety.everyone would be safer!

"Anonymous said...
9:34 must be either Jeff or zack running your mouths.maybe if mayor Williams would give money to the fire company,instead of stealing taxpayers money intended for public safety.everyone would be safer!

This is what I say. If in fact this lady did lose her life it's the fault of those who think cutting funds for public safety is a good idea.
Yeah some "cool town" all right. Cutting funding to make a political statement and to show off is not cool.

PEACE be with you all. So sad.. this we all agree!

Die to the heroic efforts of all involved ,the adult was resusitated,stabilized,and flown to the burn center in Baltimore,the child survived also.hats off to all involved! All the unsung hero's,thats what we train for.to the brothers injured,God speed Ryan and gino . The emotional scars of dealing with tragedy on a daily basis,will forever remain.the best band of brothers! Stay strong and dedicated!