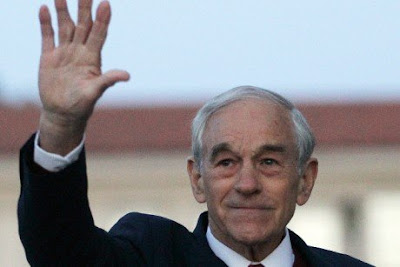 Farewell to Congress
This may well be the last time I speak on the House Floor. At the end of the year I’ll leave Congress after 23 years in office over a 36 year period. My goals in 1976 were the same as they are today: promote peace and prosperity by a strict adherence to the principles of individual liberty.

It was my opinion, that the course the U.S. embarked on in the latter part of the 20th Century would bring us a major financial crisis and engulf us in a foreign policy that would overextend us and undermine our national security.

To achieve the goals I sought, government would have had to shrink in size and scope, reduce spending, change the monetary system, and reject the unsustainable costs of policing the world and expanding the American Empire.

The problems seemed to be overwhelming and impossible to solve, yet from my view point, just following the constraints placed on the federal government by the Constitution would have been a good place to start.

I wish he were my President. So sad the Republicans just don't understand...

Everyone should listen to this speech. Historic and extremely thought provoking

i now know we must get out of the republican party. as a lifelong republican, i have learned new information this week that convinces me we have no choice. a new party must be formed and we must work very hard to make it happen. please do your homework. go to the Judicial Review, a lega website and look at "Democrat National Committee v. Republican National Committee" case number 09-4615.
in 1982 there was a "consent decree" entered that prohibits the RNC from challeging the opposition regarding voter fraud. please take time to research this. it sure opened my eyes...
sorry if i haven't used correct terms or words here, but again, please take time to research for yourself...