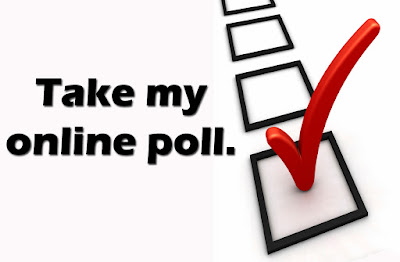 How many of you are sick and tired of the Mainstream Media taking every opportunity to bash President Trump and which topic ticks you off most?
at 9/02/2018 11:00:00 AM

Not me.
I hope it continues so more of us will get so fed up with it, we'll be more likely to vote in November. I'm thinking even liberals are beginning to see through the blatant bias.

All members of my family despise the whole Russian collusion garbage. Especially since both Helliry and NoBama cozied up to the Russians constantly. Remember when NoBama said after the election he had more flexibility?

Democrats are a scourge to society.

Time to take out the trash.

Ames! Russian collusion. We all know that's fake now. At least Stormy Daniels MIGHT be true!

I am sick and tired of it. I never see anything positive in MSM. President Trump could de-arm Iran, Korea, and China and the only thing we would hear from the MSM is, "new woman claims to have slept with the President, umpteen years ago." I personally do not care who the man slept with. He is not in politics lying, cheating, and stealing like they were before he got there. That is good enough for me. PLUS he doing great for this country. So I guess the topics that tick me off the most, and yes I have two, are concerning his sex life which I consider to be a subject between him and his wife unless he is getting BJ's under the desk like Bill Clinton did and then it may be my business but not until. And the other subject is Russia. Hillary and Obama did more dealing with Russia that is never looked at while President Trump has been investigated for Russia every since he has been in office. Give me a break. If it was there you would have found it.
How about looking into crooked Hillary and the crimes that she committed. She should be charged with multiple things.

Yes sick and tired of the media bashing President Trump. What ticks me off more are local democrat politicians who don't have the common decency to stand up and say how WRONG it all is.
They are worse because they will lie right to our faces.
Ask them if they want ICE abolished. Ask them if they want to make Maryland a sanctuary state. Ask they why they are decrying the violence their fellow democrats like Waters are promoting. Ask they why they aren't speaking out about the witch hunt going on.
Of course all democrats being liars and piss poor examples of human beings because they were raised without any morals by garbage will lie and spin the answer what they think you want to hear.
Just remember good honest moral people would not ever be a democrat.

Sick of it. Everything it's all bs

It is getting very old
Like a bunch of adolescents who didn't get their way so throw a fit
Ads saying he is taking away women's rights from nit wit in DE. Yet no one can state any right being taken away.
Truly tired of politicians basically saying women are stupid and don't know whats good for them
It is all shock and awe like the liberal agenda because they have nothing real to counter with.

I have not watched MSM since 2016, I refuse to listen to their left liberal BS and I am especially sick of hearing our great President being bashed, lied about, drug through the mud, and just plain disrespected to a point that is bullying.

Yes, I'm sick and tired of MSM bashing President Trump all the time and what ticks me off the most is that the Clintons and all their cronies are not in prison where they belong.

Trump is the only POTUS who is even capable of cleaning up DC corruption. The MSM are the idiots who are holding hands with the corrupt. Let them dig their own graves. I can be patient and let POTUS and his team do the hard work. WWG1WGA

In my lifetime (I'm 60) I have never seen the absolute hatred and disrespect that is leveled on President Trump. Previous presidents never had to tolerate or be subjected to this treatment.

Ps
MY FLAG IS STAYING UP FULL MAST I REFUSE TO CELEBRATE A MAN THAT CAUSED 174 SAILORS TO BE KILLED BC OF HIS HOT SHOT ACTIONS ON A AIRCRAFT CARRIER.

I am sick of it and I have no sympathy for those morons that got shot in the Gazette shooting.

MSM is not mourning the loss of McCain, this is just another way of bashing our President. Just like that the media and Democrats have demanded we respect the American Flag to honor a fallen veteran (McCain) after they have spent the last two years celebrating the NFL flag protest and encouraging our American Flags to be burnt in the streets . Give me a break MSM POS!!!!

Yeah all the Trump bashing gets a little old. The MSM has lost all credibility. Thank God for alternative news and the globalist elite are trying to eliminate that. It tickled me when they tried to silence Alex Jones and his viewership only went up because now everybody has to see why this guy is so "dangerous". Truth is dangerous to the communist media hence we have "Infowars" for the "Prison Planet".

NBC , MSNBC are the most guilty , they are bashing my president 24/7 , sure I'm tired of it , it's mostly all lies and fabricated BS. I don't turn on any of these two stations any more so I'm out of touch with their BS.

Anonymous said...
I am sick of it and I have no sympathy for those morons that got shot in the Gazette shooting.

Sick of Mueller counsel and the angry 7 attorneys who happen to be all Democrats. I can a sane person not know this is a set up to get rid of Trump.

Yes, and what is worse than these hacks telling lies, are the people who believe them. They see a headline and believe it. That's as far as they go. They don't read the articles, they don't research, they take everything at face value.

Most times the MSM doesn't even bother trying to use facts, they just play on people's emotions and in a lot of cases that's all it takes.