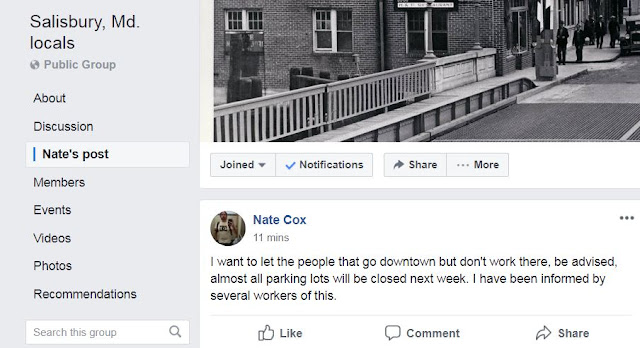 Charleston South Carolina gets it. Why doesn't that Boneheaded, jacked up teeth, Moron Gay Day get it??? Isn't it the plan of Jake Day to bring scooters to da 'Bury?

After rejecting one company’s attempt to launch electric scooter rentals in Charleston, City Council formally banned them all on Tuesday.

The scooter startup Bird already had been turned away by both Charleston and Mount Pleasant a few weeks ago.

Like in other cities across the country, the Santa Monica, Calif., company recently dropped off its rental scooters in the area, only to face pushback from the municipalities.

The scooters landed Aug. 4 on the peninsula and in West Ashley. Within days, Charleston officials told the company to remove the electric scooters because of an ordinance that bans most “unregulated” vehicles downtown. Bird picked them up.

Three days later, dozens of scooters appeared east of the Cooper along Coleman Boulevard and U.S. Highway 17. Police locked them up in Town Hall.

Cities have raised issues with how the scooters are stored because there are no stations and riders park them anywhere. The scooters are rented through a smartphone app.

Charleston City Council passed its ordinance without discussion Tuesday to ban the use of rental scooters in the public right of way. It also gave police authority to confiscate any that are left unattended on public property.

The company had applied for a business license in Charleston, but one hadn’t been issued yet when the scooters showed up around the city. The company has said it had been “working cooperatively with city officials.”

This is all for the greater good of Salisbury. This festival is going to bring 80,000 or more people and 10's of milliond of dollars. WTF kind of medicinal meds is Jake day smoking?!?!!

They can close them all forever, fine with me. I would just hate to work downtown or have a business there. Certainly not fair to them.

I have heard nothing about local food vendors or crafts people taking part in this event. There's usually a lot more to do at a festival than what I have seen slated.

I’m concerned about employees that work at Prmc being able to find a place to park. Some of the parking area at the hospital is being used for the festival. This is ludicrous. They have trouble as it is finding a place without the festival. The ER will be overflowing with patients! Very poorly planned!!!!!

Time for all buissnes to do a class action lawsuit.

The Chamber of Commerce's message to downtown businesses:

I'd suck it up alright. I would not be downtown, period. The barbershop needs to move to a location never associated with downtown, would be better for him and his customers.

no parking
no go downtown
sorry about your gay festival

The layout of Salisbury is not conducive for an event like that festival, if that mayor really wanted to do something like that he should have tried to partner up with the county and hold it at winter place park.

Anonymous said...
The Chamber of Commerce's message to downtown businesses:

Here's a subtle message to the Chamber of Commerce:

"F" Bill Chambers and anyone that supported hiring that Moron.

"F" all businesses that support Bill Chambers. Bill Chambers needs to be fired immediately. He doesn't care about your business, he only cares about himself. You've lost my business and I hope others will adhere to this message.

Yeah well there are those egos people in power seem to have. Both sides of the isle are guilty of it at times.

they would be robbed