My Bike Week Tee Shirts Are Now In: UPDATE 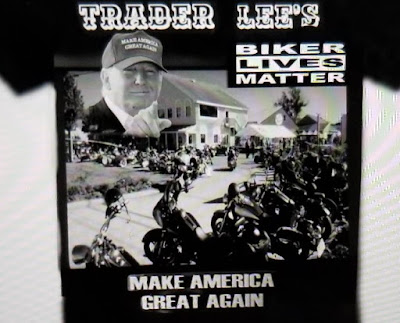 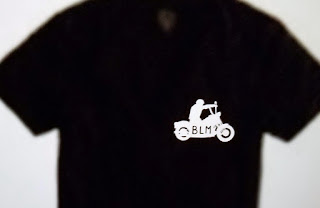 UPDATE: WOW, what a reception at Trader Lee's yesterday! Ladies & Gentlemen, get these tee shirts while they last. Bike Week is coming next week and one thing is for sure, they'll all be gone. Today I'll swing the doors at 2 PM for those of you who couldn't make it yesterday. Great to meet all of you yesterday! MAKE AMERICA GREAT AGAIN!

Available TODAY at 2 PM at Trader Lee's in West Ocean City. Spread the word as once you realize what's about to happen, I guarantee these tee shirts WILL NOT LAST!

Be sure to find a silver marker, just in case you have the opportunity for an autograph. First come, first serve. Come see me in person and I will tell you what's happening because at Trader Lee's, "IT'S HAPPENING"!
at 9/09/2018 10:00:00 AM

Are you not saying what I think you’re not saying??

Now the liberals/progressives are pushing for the 25th Amendment to get rid of the President. He's able to do his job, even with all their foolish attempts at stopping him. He's just not one of them and does things differently than what they're used to. MAKING America Great Again!

Had to get out a copy of the constitution and read the 25th amendment. I'm now convinced that Democrats aren't just stupid they are completely insane.

So how do i get one

Grasping at straws. Oh wait they banned them too.

They were pushing it day one. Already had several attempts on congress floor for impeachment. It was laughed at.

If i buy 25 shirts for my bike club who is Autographing them joe ?

Had to get out a copy of the constitution and read the 25th amendment. I'm now convinced that Democrats aren't just stupid they are completely insane.

democrats are just bad horrid people. It comes from years of being raised without any morals or decency. There isn't one alive who is a good honest decent person. They are all liars and have not ever and will not ever contribute anything positive to society. Roaches serve more of a purpose then any democrat.

10:08 & others, I can assure you if you do what I have suggested and come in to Trader Lee's, YOU WILL NOT BE DISAPPOINTED in what I tell you in person. At this time I have been asked not to say anything but I can say something verbally. See all of you at 4 PM. By the way, there's no trick here, you have my word on that.

" bike club" that is referring to a cycling club. If you were a real " club" then you would say " club". Also if your not a 3 patch club then your a tshirt club.., I LIKE THIS SHIRT and will be purchasing one.

I am so curious. I know it's not President Trump since he is at this moment holding a rally in Fargo ND and not leaving there until after 6 which is our time even later.
I wish we could come at 4 but I can't leave because my spouse just had surgery. I guess I will stay tuned and hopefully lots of pictures will be posted of the excitement.
Love the Shirt.
Love President Trump. He was sent by God to save the US.

2:29, The announcement will be worth the wait. Hope all is well with your spouse.

Hope to make it after Seaside 20th Anniversary ribbon cutting!

Disappointed that they are no longer going to have Winter Place Park as one of the locations. They could pick a better location than Ocean Down Casino as the alternate location.

Do you hear yourself? I am Democrat. I have worked since I was 16 years old and I am in my 50s now. I have raised a family and worked 45-60 hours most of my life. I am a community volunteer. My husband has worked for the same company for 32 years! He's a Democrat too!! I have many many Democrat friends who are the same. There are bad democrats AND bad Republicans!! Its obvious which one you are!!!

5:10pm Im right there with ya. I wanna know who this mystery guest is!!! Unfortunately I can't make it down there to see for myself.

Gov. Hogan says "sorry Joe, can't make it to your "My Bike Show,and your My T Shirt Give Away. at Trader Joes's, Lee's whatever.

"I could not be more excited about this weekend," said Gov. Larry Hogan to a crowded room at a pre-party held at the Greater Salisbury Committee on the Downtown Plaza.

Hogan said the festival is a great benefit for Salisbury, especially economically, as he noted hotels in and around the city were sold out."

The last we saw on WBOC, The Governor, The Mayor and the County Executive were dancing down S Division behind the New Orleans Brass Band, followed by Thousands of Festival attendees..

6:17 if it make you feel better about yourself to tell yourself you are a good person then that is your choice. Yes I hear myself and so do you but being a democrat you hate hearing the truth. Fact is if you are a democrat you are not a good person. There are no if's and's or but's about. The reason is not one of you people have the honesty or the morals to tell the truth. I hear of no democrats saying the only "russian collusion" was between clinton, the dnc and the russians. Not one of you people are honest enough to admit the FBI tried to rig the election and relied on russian lies to get warrants.
Whip dee do. You work and you volunteer Big deal most people do. That means nothing. It's your character that counts and if you are a democrat you have none. And yes it is obvious which one I am. I am morally superior to you and that is why you are so angry and about to get angrier because I told you how it and the truth is foreign to you people

CRICKETS on the special guest signing lol but everyone knows lol fn tool.you think by not posting it that we don't know lol .

6:17 yeah let's see how good a person you are! Liar obama was on TV yesterday saying how he NEVER went after the media like President Trump does! Another of the constant lies he told. Still waiting for our insurance to go down $2500 a year like he said. Anyway back to the media. There are endless quotes of obama going after Hannity, Fox news and even had former fox news reporter James Rosen AND his parents phones tapped! But will you admit obama lied! No because all you people are nasty horrid liars piss poor examples of human beings. The only thing you people didn't lie about was calling yourselves nasty and nasty garbage you all are.
Now say obama lied yesterday and you can start redeeming yourself! But you won't because your complete lack of morals prevent you from being a good person!

What about the circus your party the democrats are making out of the Kavanaugh confirmation hearing? What about cory booker's self described Spartacus moment that turned out to be a farce a LIE. How about showing us what a good person you are by denouncing booker right here on this site. Won't happen because no matter how you try and spin it, lie about it, whatever you are an immoral dishonest trash can and your party affiliation proves this. You should be pleased good people are finally telling you the truth unlike the immoral trash that raised you. There is still hope for what you spawned. You just have to repent and vow to do better and it starts with denouncing the party of liars.

9:11- I am a Republican, and you are clearly the angry one here. I was a Democrat my whole life until Obama. You're stating that as soon as I checked the other box when I registered, I instantly went from a bad, to a good person? Your rant is juvenile. Grow up! Bashing someone, then claiming to be morally superior is just plain stupid.

6:17: I apologize, this idiot doesn't speak for all of us. Go you own way. This isn't Communist China.

9:55- Nothing in the Bible saying being a Democrat is a sin! I am a Christian Republican, too. Maybe you need to pick up the book once in awhile!?

Democrats shouldn't call themselves Christian and be pro abortion.

You still got some left?

Come out from behind the anonymous name tag.

Great meeting you yesterday!!! The t-shirts are great. Can't wait to wear it during bike week. Tricia and bob

Joe, I am a faithful follower and enjoy reading your post everyday. The gratification is ongoing. It is nice to hear of someone giving back and not asking anything in return. Salisbury missed out on someone that would take care of this town and do the right thing. We are all suffering from this, even the people that did not vote for you.
I am not a biker but I have attended several events at Trader Lee'S and this is a great place with just wonderful people and I also include employees, ownwer's and guest. I was unable to be there, due to my job, but was wondering on a fat chance do you have any tees left or can I order one. A true TRUMP fan. Thanks again for all you do.

8:12, I do have tee shirts. Let me know what sizes you need and I'll put them aside.