GoBee Bike throws in the towel in France 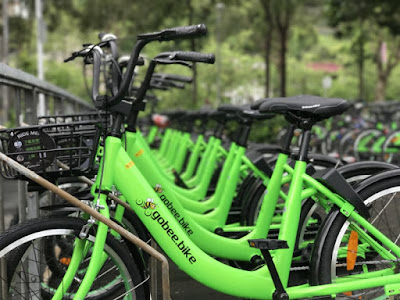 Bike-sharing startup GoBee Bike is giving up and shutting down in all French cities where it operates. GoBee Bike operates just like Chinese giants Ofo and Mobike. You open the app, you find a bike on the map and you unlock it by scanning a QR code. Once you’re done, you lock it again and leave it there — there’s no dock.

And yet, the startup is blaming vandalism and says that the service would stop immediately. It’s worth noting that users will get a refund on their remaining balances and €15 deposit. This is a nice gesture.

According to the announcement, GoBee Bike managed to attract 150,000 users in Europe who used the service hundreds of thousands of times. But the company’s bikes slowly became unusable. 3,200 bikes became dysfunctional, 1,000 bikes were illegally parked in someone’s home. Overall, GoBee Bike had to send someone in 6,500 cases.

The startup couldn’t keep up and it became clear that the business model wasn’t scalable if you needed to fix the bikes all the time. As a user, it also felt like you couldn’t unlock most of the bikes because the lock battery was dead most of the time.

You are operating under two false assumptions here--

1) Jake Day has any sense at all

2) Jake Day cares if this will work

Nothing to worry about here. There is no crime in salisbury!

All of those issues are handled by our bike maintenance department....created a new job plus made it convenient to ride a bike around town! I think you should be praising Mayor Day instead of showing jealously over his accomplishments!! No more news on how right he was to throw out downtown construction company to get repairs to infrastructure back on track?????? Another win for the Mayor!

So did Baltimore, Seattle and many other cities. It is funny though sitting back and watching Day and his minions getting themselves all whipped up in a frenzy over this and the festival. The day will be here soon when we can say TOLD YOU SO! Just like we did with that "music venue" idiotic idea Day got himself all jazzed up over and it failed.

Jake the Flake is too stupid to understand his crazy ideas won't work.

Do we know how much, if anything, the city actually paid for these bikes? I was under the impression that the costs were all borne by the company that rents them.

Jaker, grab one of those bikes on your smart phone and ride the Hell Out Of Town now

Advertise! Get the word out and you'll draw the thugs who were stealing rental bikes in Baltimore. The additional "tourists" will bring outside spenders to Salisbury.

Joe lay Off Fake Day he will need these bikes when his license gets revoked for speeding.

Not good...but these are crumbs compared to the boat purchased by the taxpayers for the fire department. How's that working out for you Salisbury?

Maybe the wheels can be made out of Duncecan thug Pizza.

9:11 AM - 10 bikes were put at the park gazebo and 10 bikes are still sitting there. But hey at least your new bike maintenance man wont have to bother washing them. It gonna rain tomorrow. That'll be 2 baths this week!
Your boss is an idiot. But you are a good little suck up. Did you get extra in your pay this week for each lame post that got published?

Boat are you kidding me. Why all the toys at my expense?

957
You pounded the little dude!
Hilarious