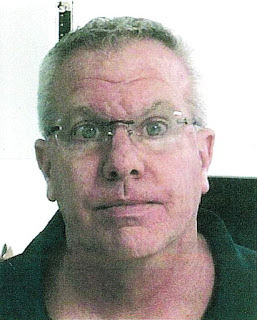 According to his plea agreement, from at least August 1990 through his arrest in 2015, Weatherholtz had sexual contact and/or sexual intercourse with at least four minors, including family members and a child whom he mentored and taught as owner of the theater business named “OC Jamboree” in Ocean City, Maryland.

On December 3, 2014, an undercover detective corporal with the Worcester County Sheriff’s Office responded to a sexually explicit ad placed on an internet website. Records obtained from the website identified Weatherholtz as the person who posted the advertisement and further indicated that the ad was one of many posted by Weatherholtz from 2009 to December 2014 for the purpose of meeting young males interested in sex.

Weatherholtz arranged to meet the purported 13-year-old male at a restaurant in Snow Hill on December 16, 2014, and indicated that he would bring the boy back to his residence. When Weatherholtz arrived at the meeting location, he was taken into custody. A search warrant was also executed at his home and law enforcement seized numerous computers, hard drives, and other media storage devices. Subsequent forensic analysis of those items recovered numerous still photographs and a video of Weatherholtz engaged in sexually explicit conduct with a minor male victim. The images and video indicate that the sexual abuse began when the victim was 12 years old and that Weatherholtz met the victim through his work as a musician, music teacher and owner of OC Jamboree.

At some point between January and August 2016, the commercial building formerly occupied by OC Jamboree was sold to a new owner. On August 17, 2016, an employee of the new owner found a box on the property that was address to “Aaron Weatherholtz” – the defendant’s dog – and that listed the sender as one of Weatherholtz’s relatives. Inside the box were photos of minor males engaged in sex acts; sheets of paper called “official progress charts” that depicted dated, hand-traced outlines of erect male penises; CDs and DVDs; and two VHS-compatible camcorder cassette tapes. A review of that material revealed three other minor male victims engaged in sexually explicit conduct, including video of Weatherholtz engaged in sexually explicit conduct with two minor family members.

The case was brought as part of Project Safe Childhood, a nationwide initiative launched in May 2006 by the Department of Justice to combat the growing epidemic of child sexual exploitation and abuse. Led by the United States Attorneys' Offices and the Criminal Division's Child Exploitation and Obscenity Section, Project Safe Childhood marshals federal, state, and local resources to locate, apprehend, and prosecute individuals who sexually exploit children, and to identify and rescue victims. For more information about Project Safe Childhood, please visit www.justice.gov/psc. For more information about internet safety education, please visit www.justice.gov/psc and click on the "resources" tab on the left of the page.

Start looking at any men he had as employees as well. Birds of a feather.