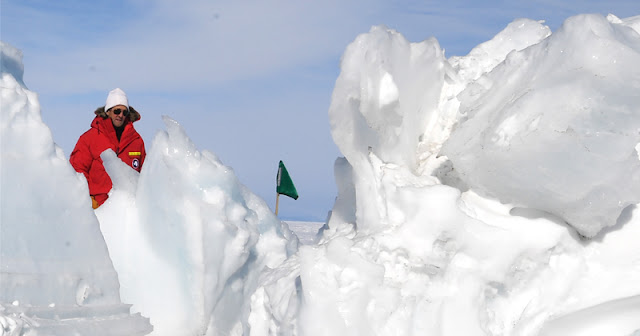 There is no such thing as man-made global warming drastically melting ice in the Antarctic, according to analysis of Antarctic expeditions over the past 100 years.

When the current sea ice extent in Antarctica is superimposed over past routes of expedition ships, it reveals that ice on the frigid continent is largely the same now as it was in the early 20th century.

After a few years of winter bitter cold and frozen pipes..tell me again...Global WARMING!!!

I still believe in give a hoot don't pollute never soil where you live is the fairly good motto to live by... however the gloaming warming Farce is just another idealogical manipulation of markets for Financial gains to mega corps?? It aint me and you thats for sure.

It was debunked years ago when they were caught falsifying the data.

I'm looking for the global warming to get here on Delmarva.....I want to ride my Harley year round!!!!

DAN's WBOC shorecast - warm this week and you can take that to the bank!

Ok in the 70s and 80s it was a ice age that was going to happen, now global warming the artic pack ice stinks and expands , mr. Butlet you keep paying your carbon offset taxes i pefure to wait for the next B.S thing to pop up!