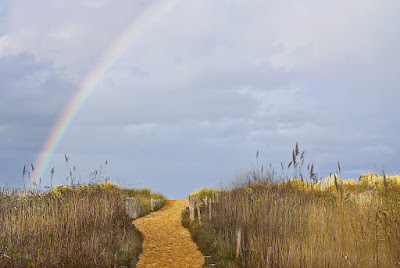 Two months into his latest attempt to kick a longtime heroin habit, Smokey Rhodes (not his real name) this week talked about his past and present attempts to find the road to sobriety.

“The only thing you’ve got to change is everything,” he said. “People you hang out with and places you go. For some people, it’s really hard to do, for other people it’s easier.”

Rhodes’ prior stabs at dropping the needle have involved opioid replacement therapy. The idea is to prescribe addicts less euphoric opioids like methadone or suboxone. Rhodes has found that what sounds plausible in theory can be different in practice.

“Methadone builds you up and holds you over and it’s a easier letdown,” he said. “The problem is when you get in a methadone clinic you start at a low dose, but then they build you up because you get a tolerance to it.”

While addicts may start methadone treatment with the best of intentions, prolonged use may cause more harm than good.

“There’s way worse physical problems with it,” he said. “There’s also suppose to be a taper, you’re not suppose to be on it for years. I know people have been on it for five, six or seven years.”

“It has a half-life like no other drug, it deteriorates you,” he said. “The overall effect is worse than heroin.”

Darn....well maybe not start doing this poison and amazingly you don't get hooked on it? A disease my ass. Pfffft. That's like saying type 2 diabetes is a disease. Yeah, of fat lazy people who don't take care of themselves... i don't care how you end up on it, it's your fault and not a disease. Funny, I have never done heroin, and amazingly I am not hooked on it. See how that works? Idiots.

Addiction IS NOT A DISEASE. Funny how addicts and their kind always have an excuse. Don't like methadone? Then don't do heroin. I have never tried it, and guess what? Never been addicted to it. Simple. They need to lace heroin with poison so any fool that tries it dies right after. Then they'll call death a disease too. Morons. You reap what you sow. And get addicted to things you shouldn't use to begin with, then want pity. Screw you and all junkies. Rot slow and die painfully. You chose this "disease".